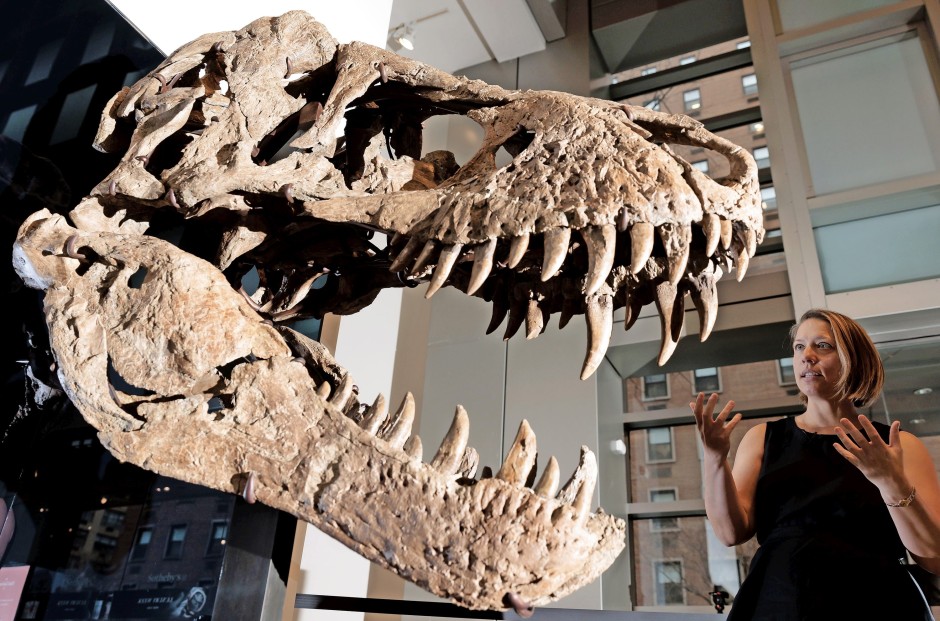 Loudmouth: The Tyrannosaurus rex can already be recognized as a carnivore by its teeth.
Image: EPA

How did the large predatory dinosaurs feed? To find out more, researchers examined fossil teeth with a microscope and created three-dimensional models.

PAleontologists have looked at teeth of large carnivorous dinosaurs under a microscope and gained new insights into their diet. The researchers from the Universities of Mainz and Tokyo and the Leibniz Institute for the Analysis of Biodiversity Change in Hamburg produced 3D surface models of 34 dinosaur teeth and compared them with 14 crocodile teeth. The wear and tear on the surface indicates whether the animals have eaten a lot of bones.

There were no major differences between the Allosaurus, which lived in the Jurassic period, and tyrannosaurs from the Cretaceous period. It was noticeable that the teeth of young dinosaurs were more worn down than those of older ones.

The researchers suspect that the young animals had to eat carrion more often and came into contact with bones more frequently when gnawing on the meat. Teeth of young crocodiles, on the other hand, showed less wear because they mainly fed on soft prey such as insects.

Why Should You Hire a Contract Packer?