Alternative to Russian gas: German LNG terminals cost more than twice as much 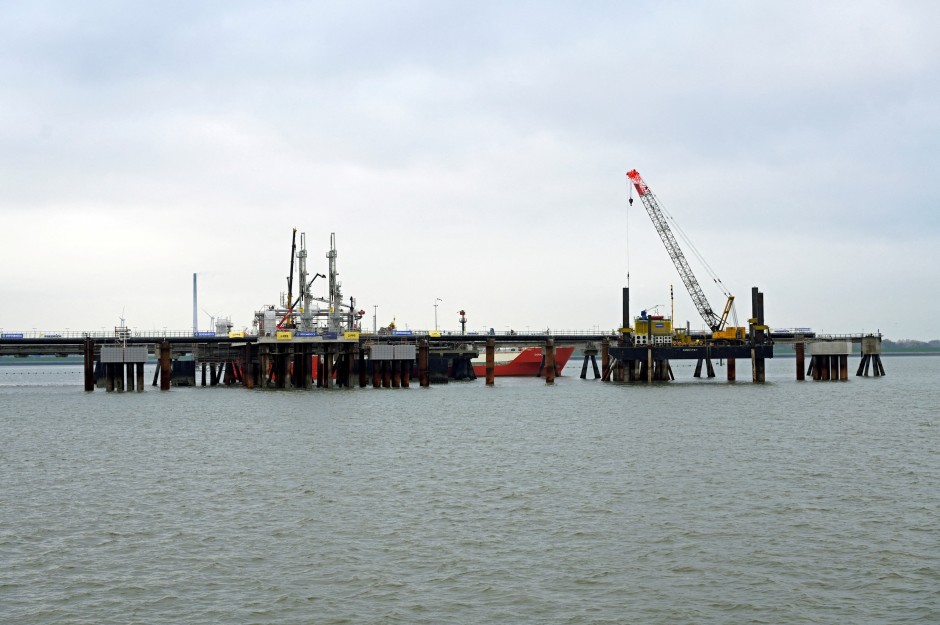 AThe procurement and maintenance of floating terminals for liquefied natural gas (LNG) cost Germany at least three and a half billion euros more than planned. A total of around 6.56 billion euros in budget funds are currently planned, the Federal Ministry of Economics said on Sunday when asked by the Reuters news agency, thereby confirming a report by the news magazine “Spiegel”.

In the budget for 2022, 2.94 billion euros were estimated. The increase was “necessary due to the dynamically developing situation,” it said. The Budget Committee of the Bundestag has just approved additional money for the terminals.

The Ministry of Economics has announced that further costs have now been determined in “extensive consultations with numerous stakeholders” and that initially forecast costs have been specified. This affects, for example, operating costs and costs for additional infrastructure measures on land. The construction of the terminals is essential for energy security. “In particular, the reduction and then the cessation of Russian gas supplies make them absolutely necessary,” the ministry justified the project.

Germany does not yet have its own landing terminals. “However, this new infrastructure is important for increasing provision and for diversification,” said the ministry, led by Federal Economics Minister Robert Habeck.

It is initially relying on floating terminals because these can be put into operation more quickly. More of these are now planned than initially stated. There is not yet a fixed starting date for their use, but the first two are scheduled to go into operation this year or at the turn of the year.

Budget Committee documents also show that two of the terminals had to be chartered for 15 years instead of the 10 years originally planned. Germany has therefore negotiated the option of shortening the period to ten years, but must decide on this next year.

The left-wing budget politician Victor Perli told the “Spiegel”: “The traffic light coalition has made itself open to blackmail with the no alternative use of LNG gas and now has to pay billions more.” The Green budget politician Sven Christian Kindler called for the budget committee of the Bundestag to need it more clarity about the costs and risks of LNG projects. “In the short term, the gas supply must be secured, but we must be careful not to create any fossil overcapacities for the future.”

Habeck had praised the construction of the first German LNG terminal within 200 days as a central building block for energy security. “Germany can be fast and advance infrastructure projects with great determination if the federal and state governments and those involved in the project pull together,” he said on Tuesday on the occasion of the completion of the floating terminal in Wilhelmshaven. A second terminal is also scheduled to go into operation in Brunsbüttel at the turn of the year. According to the plans, another private terminal will also be ready in Lubmin.

Since two more terminals are due to be completed in the following winter of 2023/2024, the five terminals could then cover around a third of German gas requirements based on consumption in 2021. However, about 50 percent had come from Russia via pipeline in recent years. The gap is to be closed primarily through gas savings of around 20 percent.

Videos are circulating on the Internet: investigations into the alleged killing of Russian prisoners

Is buying a VPN a good investment?

Essential Features Merchants Should Look For In a Chargeback Protection Service