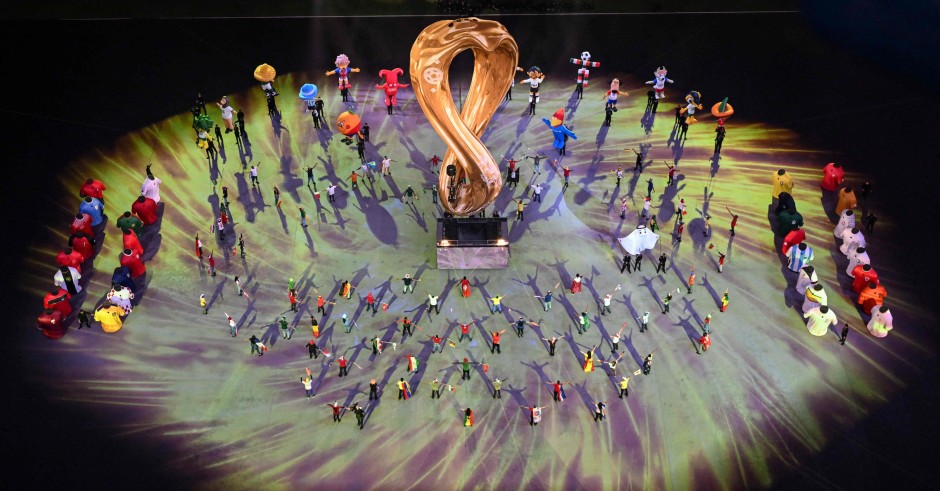 MHosts Qatar and FIFA opened the 2022 World Cup with a colorful and bright show. In the Al-Bait Stadium north of Doha, a number of artists celebrated the opening ceremony in several acts on Sunday shortly before Qatar’s first World Cup match against Ecuador (5:00 p.m. CET, in the FAZ live ticker for the World Cup, on ZDF and on MagentaTV).

Also present were Hollywood star Morgan Freeman, Korean boy band singer Jung Kook and the mascots of previous finals, including Tip & Tap from the 1974 German World Cup and Goleo from the 2006 tournament in Germany.

“I saw quite a bit of hypocrisy in that. Diversity was addressed, inclusion was shown, tolerance was talked about – but from a country and from people who don’t live it,” said Wenzel Michalski, Germany Director of the human rights organization Human Rights Watch, on ZDF about the opening ceremony: ” And for so long, it’s a hollow and cheesy statement that we’ve seen there.”

Football World Cup in the live ticker: Qatar against Ecuador

Putin’s “partial mobilization”: How the war came to Russia

The Best affordable smartwatch for health tracking in India