Are your remote workers less engaged?

Executives’ fears that remote workers are becoming less engaged and spontaneous when working online than they are while in the office may be unfounded, new research has found.

One of executives’ biggest worries about remote work is the reduction in spontaneous meetings and conversations with employees. As such, a major driving argument for bringing employees back to the workplace is that remote workers are becoming less engaged over time, resulting in less frequent and spontaneous interactions with colleagues that are vital for both organizational performance and innovation, two authors wrote in a Harvard Business Review blog.

“But is this worry justified? New research on meetings show that it might not be,” Andrew Brodsky and Mike Tolliver wrote in the Dec. 6 blog, No, Remote Employees Aren’t Becoming Less Engaged.

“It turns out that employees have more short, one-on-one meetings compared to 2020, and those meetings are increasingly spontaneous (meaning they weren’t set up in advance on the calendar). While there are limitations to this data, it does suggest that employees are finding new ways to connect with each other — and that there are steps organizations can take to encourage them to continue to do so.”

Brodsky, assistant professor of management at McCombs School of Business at the University of Texas at Austin, partnered with Tolliver, director of product management at Vyopta, a software company that provides remote meeting and collaboration analytics for large organizations.

The two researched employee engagement and how the frequency of remote meetings have changed since the start of COVID-19 (Remote meetings were defined as those using remote video/audio conferencing software, meaning that at least one person was remote from others in attendance).

“Given the anecdotal evidence of workers recently disengaging or quiet quitting, we had originally predicted that one of the easiest ways to observe this effect would be a continual decrease in the number of times remote or hybrid coworkers were engaging — or meeting — with each other. However, we found quite the opposite.” 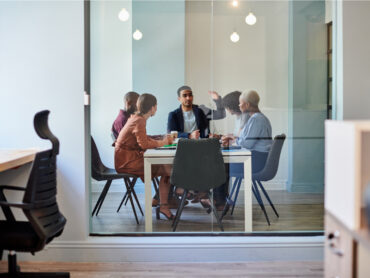 Brodsky and Tolliver gathered metadata from Zoom, Microsoft Teams and Webex meetings from 10 large global organizations (seven of which are Fortune 500 firms) spanning a variety of fields, including technology, healthcare, energy and financial services. They compared six-week snapshots of raw meeting counts from April through mid-May 2020 following COVID-19 lockdowns, and the same set of six weeks in 2021 and 2022.

The dataset included more than 48 million meetings for more than half a million employees. The data analysis uncovered some major ways remote meetings have changed since the pandemic first forced employees to work remotely:

“The combination of these findings presents an interesting picture: not that remote workers seem to be becoming less engaged, but rather — at least with respect to meetings — they are becoming more engaged with their colleagues,” Brodsky and Tolliver wrote in the blog. “This data also suggests that remote interactions are shifting to more closely mirror in-person interactions.”

“Whereas there have been substantial concerns that employees are missing out on the casual and spontaneous rich interactions that happen in-person, these findings indicate that remote employees may be beginning to compensate for the loss of those interactions by increasingly having impromptu meetings remotely.”

The authors acknowledge there are limitations to the data and that much more data is needed to fully understand all the implications of remote work.

“However, [the findings] do challenge the idea of what may be ‘lost’ about the in-office experience,” the blog said. “In fact, employees seem to have adapted over time with regard to remote meetings — they are increasingly efficient (shorter), more frequent, and more spontaneous. This suggests that remote workers seem to be compensating for losses due to working outside the office and are engaging in behaviors that are more and more similar to office work.”

Did negligence cause mice ingress and water leaks?

Bitcoin (BTC): the technical boundary of $18/19K acts on the market

How the capital markets can become more attractive