Biden to Zelenskyy: “You will never stand alone” 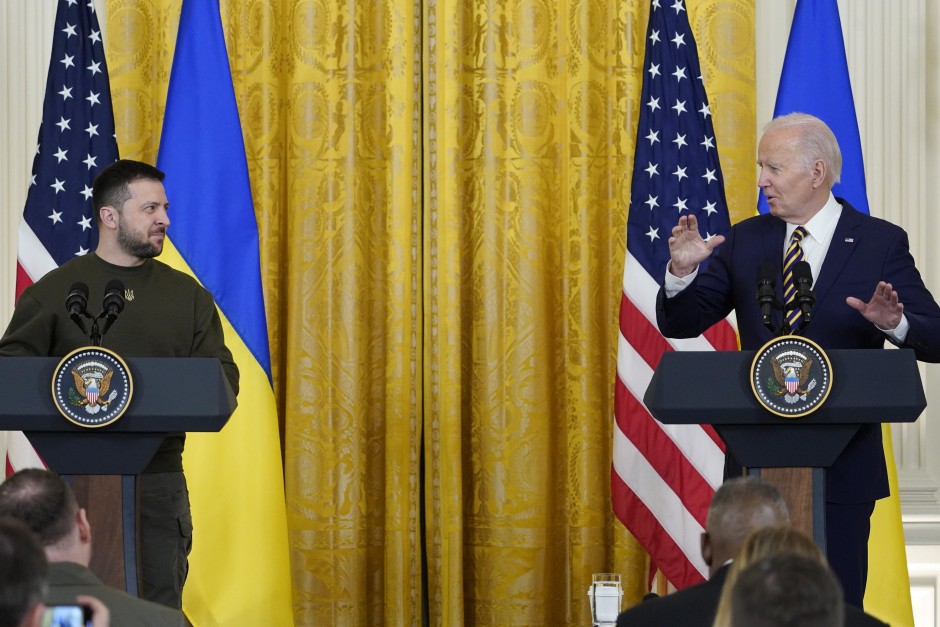 uS President Joe Biden sees Ukraine’s fight for freedom against Russia as part of a broader conflict – and has pledged US support to Kyiv “for as long as it is needed”. The fight in Ukraine is “part of something much bigger,” Biden said. “The American people know that the world would certainly face worse consequences if we stood by in the face of such blatant attacks on freedom and democracy and the basic principles of sovereignty and territorial integrity,” Biden said Wednesday during a visit by Ukrainian President Volodymyr Zelenskyy in the White House.

The United States would continue to support Kyiv with all its might – as long as it was necessary, Biden promised. “You will never stand alone,” he assured. “The American people have been with you every step of the way, and we will stand by your side as long as it is necessary.” The United States and its allies were committed to helping the brave Ukrainian people defend their country against Russia – how however long that will take. He has never seen NATO and the European Union so united. “And I don’t see any signs that that’s going to change. We all know what’s at stake here – the idea of ​​sovereignty, the UN Charter,” Biden said.

Zelenskyy thanked Biden again for supporting his country in the fight against the Russian occupiers. He considers his visit to Washington “historic” because the United States and Ukraine have now become real partners and allies, Zelenskyy said at a joint White House press conference on Wednesday evening. The Patriot anti-aircraft system included in the latest military support package will protect Ukraine’s airspace from further “terrorist attacks” by the Russian military on Ukrainian infrastructure.

The US is Ukraine’s main ally. They support the country in defending against Russia’s attack with military equipment and money, among other things. On the occasion of Zelenskyy’s visit, the United States announced another military aid package worth 1.85 billion US dollars (around 1.7 billion euros). Also included is a Patriot battery. The air defense system is likely to complicate Russia’s missile and drone attacks on civilian infrastructure in Ukraine.

Even before the meeting, the United States had approved the delivery of the Patriot anti-aircraft system for counter-attacks against Russia. Meanwhile, the Kremlin warned that the conflict would worsen – and announced that the Russian army would be further upgraded: with more money, more soldiers and more modern weapon systems.

Russia had already criticized Zelenskyj’s trip to the USA and the announced new arms deliveries before the meeting in the White House. “All of this undoubtedly leads to an aggravation of the conflict and in itself does not bode well for Ukraine,” Kremlin spokesman Dmitry Peskov told the Russian news agency Interfax. He doesn’t expect Zelenskyy to be more willing to negotiate with Moscow after his trip.

Zelenskyj landed on Wednesday at the Joint Base Andrews military airport near the US capital Washington with an American government plane. The trip poses a security risk for the Ukrainian president – which may have prompted the US government to take the unusual step. According to Polish television, Selenskyj’s machine had flown in Rzeszów, Poland.

Everything You Need to Know About Mobile App Maintenance and Support