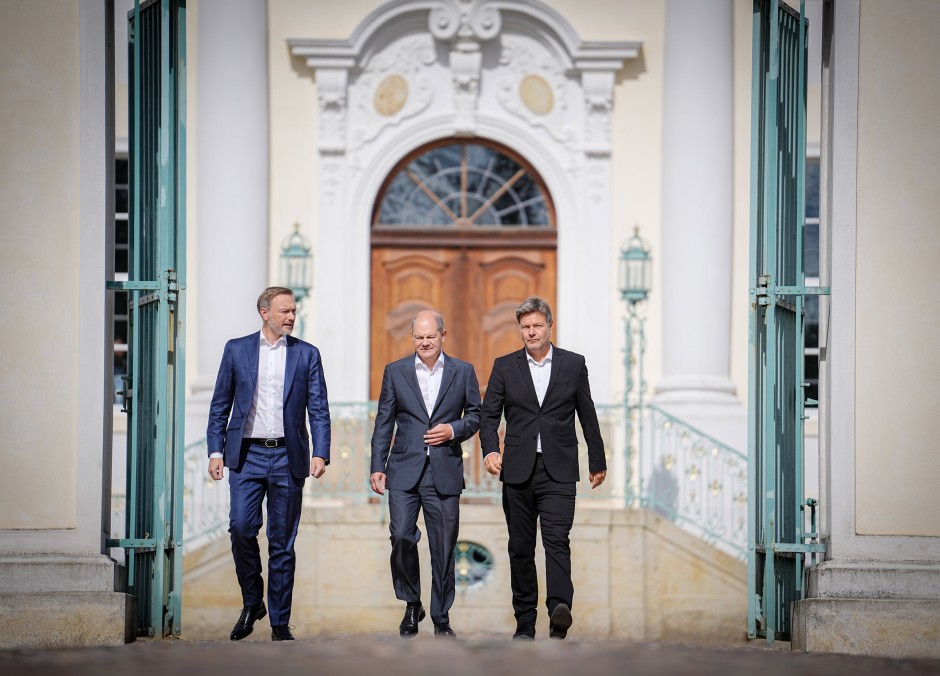 DBecause of the Russian attack on Ukraine, the traffic light is doing many things that are not in the coalition agreement of the three parties supporting it. Extreme decisions on new borrowing are just as important as decisions on military issues. It goes without saying that it would be better if the war had never happened. Anything else would be cynical. But it is obvious that the consequences of the war also have positive consequences for the traffic light parties.

First to the clearest case, the Greens. Pacifism has not been the main theme for decades. With Germany’s military operations in the Balkans and Afghanistan, the party, which largely emerged from the peace movement, recognized war as the ultima ratio in politics, which is why it advocated military support for Ukraine earlier and more decisively than the SPD. Leading Greens like Habeck or Baerbock have distinguished themselves rather than harming the party.

Much more important for the traffic light’s second largest partner, however, is the effect of the war on the main goal of the Greens: the fight against climate change and advocating the energy transition. Until the start of the war on February 24, 2022, critics had to laboriously portray the fastest possible conversion to renewable energies as the water levels in the world’s oceans rising. Even dry summers or heavy rain catastrophes like in the Ahr valley did not get through to everyone as an argument against heating or generating electricity with gas and coal.

Situation more difficult for the SPD than for the Greens

That’s the end of it. The realization that one’s own country can only maintain its prosperity if it is largely independent of energy imports is the strongest imaginable catalyst for wind turbine construction and the installation of solar systems. Germany’s homeowners have probably never thought as much and intensively as they do today about installing a solar system on their roof. The second heat pump summit recently took place in Habeck’s Economics Ministry.

The situation is more difficult for the Social Democrats. Many of them, especially those on the left, need to fundamentally correct their view of the world, especially Russia. But there is a good reason why the left in the party are so quiet and support the politics of Olaf Scholz, whom they have loved little for a long time, almost without complaint.

Before the war there were comprehensive plans to mobilize public billions for the so-called little people. But due to the extreme increase in energy prices and the reaction to this with government aid packages in the three-digit billion range, spending on minimum wages, citizen income or similar projects seems like the legendary peanuts.

The SPD-led government has managed to create a general mood in the – undeniable – need that makes it difficult to question social spending. Nothing about that would change any time soon after the war was over. Apart from the fact that many comrades like it, it should contribute to reconciliation between Scholz and the party.

The FDP can also be happy

After all, the FDP does not go away empty-handed either. If state aid continues to flow as it is at the moment, then the planned tax relief in the center to cushion inflation in the amount of 50 billion euros will also be manageable for a traffic light government. For the sake of completeness, it should be mentioned that the Free Democrats are also pleased that the long dispute over the commitment to NATO’s two percent target could be ended. Incidentally, those Social Democrats who have long thought the matter was right, but have not been able to assert themselves in their own ranks, will find this a good thing.

Leaving aside the parties, the question remains: what does that mean for the country? More independence in the energy supply would undoubtedly be a gain, although the still ideological behavior of the Greens with the only minimal extension of the operating times of three nuclear power plants leaves certain concerns as to whether the energy transition can proceed in a non-ideological manner.

At least reducing the deficit in the Bundeswehr’s equipment that has accumulated over many years is not a nice project, but it is an urgently needed one. Finally, there is no question that the state must help people who have no money to heat their homes. However, care must be taken that the baby is not thrown out with the (hopefully warm) bathwater and that the consolidation of public finances is abandoned altogether.

Habwin talks about the rise of streaming in online poker rooms

Meeting in Uzbekistan: Xi is the statesman in front of Putin