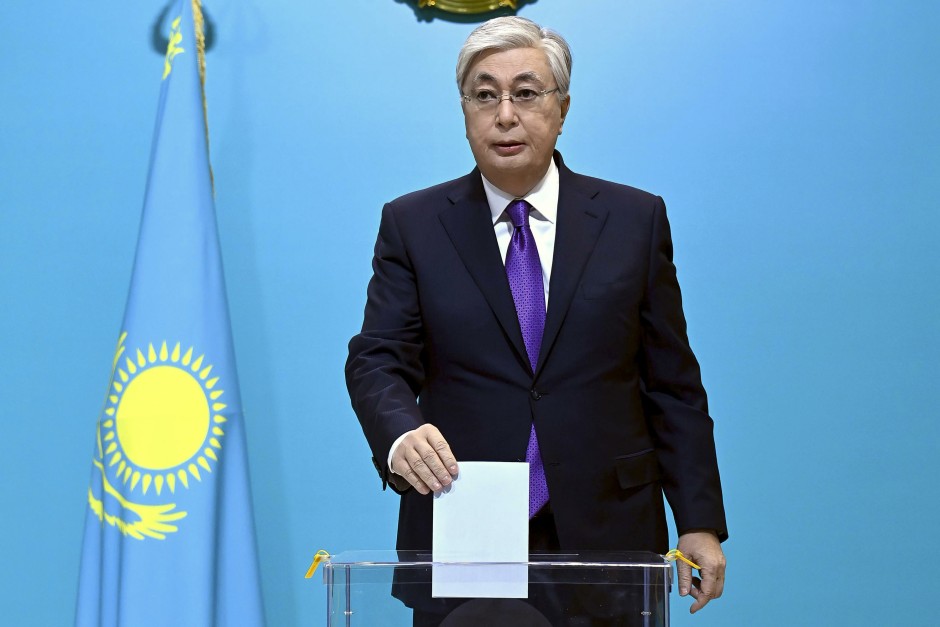 Bhe incumbent Kassym-Jomart Tokayev is facing re-election in the early presidential elections in Kazakhstan. A post-election poll by the Open Society institute gave Tokayev a share of almost 82 percent of the vote, the Russian agency Tass reported on Sunday evening.

Another survey commissioned by the unity party “Amanat” calculated 85.5 percent approval for Tokayev. Opinion polls before the election had already suggested that the 69-year-old would clearly prevail against five other, less well-known candidates. Official information or reactions to the outcome of the election were initially not available.

According to the central election commission, participation in the vote was 69.3 percent. A good ten months after the bloody unrest in the Central Asian republic, voting was quiet, according to official sources.

International observers from the Organization for Security and Cooperation in Europe (OSCE) plan to give their verdict on the election on Monday. They had previously criticized, among other things, restrictions on the registration of candidates for election and a lack of transparency in media ownership.

The Central Asian country with borders to China and Russia, among others, has been courted more intensely by Europe in recent months, not least because of its oil reserves.

Federal Foreign Minister Annalena Baerbock (Greens) visited Kazakhstan in early November to agree on a possible hydrogen partnership. It was also about geostrategic issues. For Germany, the resource-rich country is the most important partner in Central Asia.

However, it is unclear which course Tokayev will pursue. At the beginning of the year, there was domestic political unrest, resulting in at least 238 deaths and around 10,000 arrests. At the time, Tokayev gave an order to shoot at the demonstrators, whom he described as “terrorists”. And he had to ask Russian President Vladimir Putin for help from the Russian-dominated military alliance Collective Security Treaty Organization (CSTO). The soldiers ensured calm – and quickly withdrew again.

After that, however, he hardly sought contact with the government in Moscow and avoided publicly supporting Russia’s war in Ukraine. However, he declined to investigate the riots in January. Russia is Kazakhstan’s largest trading partner. Russia’s slide into recession has weakened the Kazakh economy.

In March 2019, Tokayev ousted his authoritarian predecessor, Nursultan Nazarbayev, who had ruled Kazakhstan for around 30 years. In the June 2019 election, which was accompanied by police violence, Tokayev was elected with 70.96 percent of the votes. Nazarbayev, who retained wide-ranging powers even after his resignation, also cast his vote on Sunday. At the beginning of 2022, Tokayev broke with Nazarbayev.

During his tenure, Tokayev pushed through constitutional amendments that, among other things, are intended to limit his own reign to two terms. He has also pledged to reduce income inequality in the country by fighting corruption and sharing the country’s wealth more fairly.

Tokayev said on Sunday that he would continue to restructure the political system and call for early parliamentary elections in 2023. Tokayev has introduced reforms designed to facilitate the establishment of new political parties.

The state of the Bundeswehr continues to deteriorate

Using genome editing to expand the possibilities of entomological research

These are the least ‘stable’ stablecoins not named TerraUSD