Cross-examination in pairs: Habeck and Sewing with Maybrit Illner 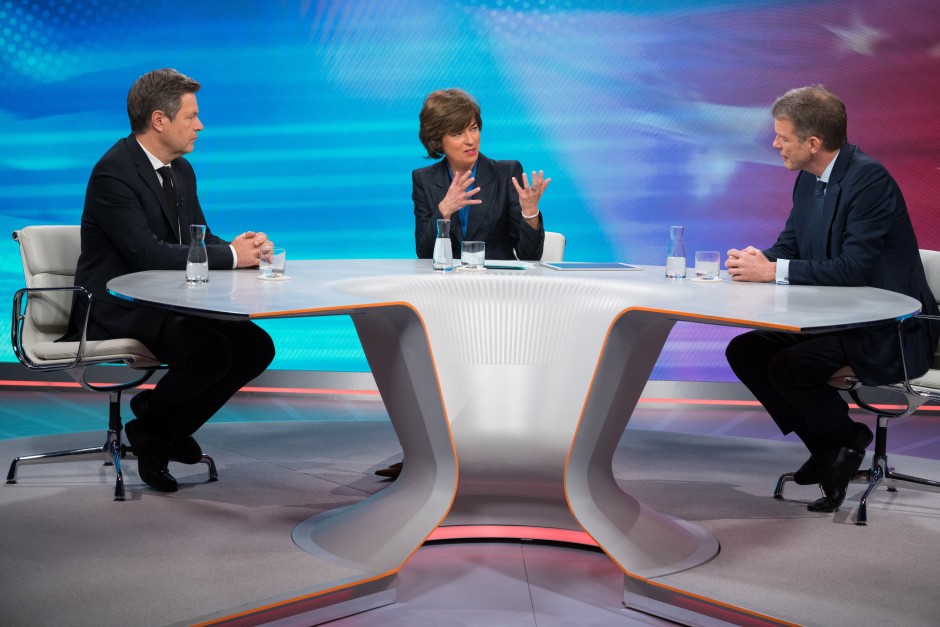 Dhat was a good thing once. The talk show host Maybrit Illner invites the vice chancellor and the head of the largest German bank to a discussion, and the discussion is focused and not at all as hectic as is often the case about the state of the country. It could be summed up in the demand: Please like this more often.

The content of the program is easy to trace: from the question of whether the long-suffering banks and the federal government, which has been struggling at times this year, still enjoys trust, Illner shimmy through the design of the gas price brake and inflation to the question of how Germany remains competitive .

A show with a clear structure and little intervening chatter. The talk show host was particularly snappy against member of the government Robert Habeck, with a certain pleasure in reopening supposedly healed wounds. That fits her role. Habeck does not like it (“Irrelevant questions”, “You do your show”). So you can say that after the skirmishes in the summer about the continued operation of nuclear power plants with the coalition partner FDP, the Green politician is still irritated, but also more confident that the past decisions will be successful.

Christian Sewing is well past the state of irritation. About the difficult times at Deutsche Bank before, during and after the financial crisis, the boss can now say with some distance: “We have to own up to our mistakes. Sometimes we cleaned up too late. We have now done that and are much more customer-centric. This is how we regained trust.”

Sewing sees a risk in the repeated need to save companies in a crisis. But this is not a new kind of capitalism, but the consequence of the necessities of unexpected events. Permanent rescues are partly expected from the state. “But that can’t always be the pattern, so we have to work on our long-term competitiveness,” he said.

He does not share the opinion that the majority of Germans are dissatisfied with the political reaction to the crisis after the Russian attack on Ukraine. Very few, however, would have experienced double-digit inflation themselves. Aid is necessary because there are many companies for which increased energy prices are not a question of capital, but rather cut off liquidity. Therefore, those companies that got into the crisis through no fault of their own should be supported. Not in the coming year, but from 2024 care must be taken to ensure that inflation returns to normal levels.

Habeck also considers corrections to be normal in the future

So Sewing does not position himself as a government critic. For this, Habeck has to face many critical questions from Illner. From the beginning, the Federal Government was concerned with relieving the burden on citizens and companies. Now there is legal certainty because from December the gas price brake will come with the help of the December discount. “The suppliers know that they have to apply. It’s been planned for a long time,” he said. Complete distributive justice cannot be achieved with measures that are intended to have a quick and immediate effect. Instead of a deduction, the requirement could also have been determined more laboriously with reporting forms. “That would have been fairer, but then we would never have paid out,” stressed Habeck.