Does that taste good? Luca Guadagnino’s splatter romance Bones and All 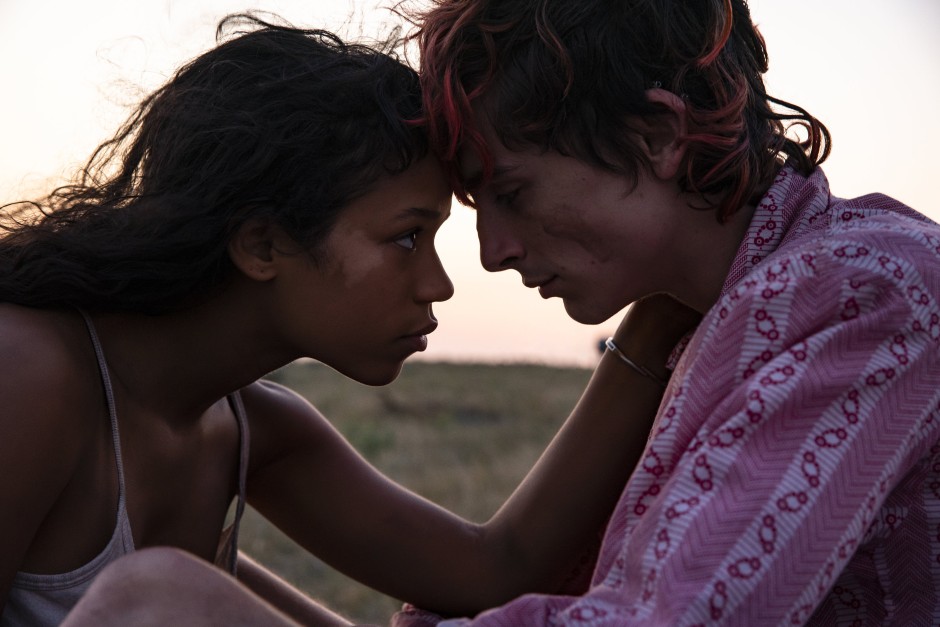 Shey are among us. But we don’t know. Neither do most of them. They think they are alone with their urges. Or is it an instinct? They are “eaters,” a term that’s actually too vague for what it means: people who “eat” people, ratzeputz, in the end only a few bones remain. In the novel “Bones and All” by Camille DeAngelis, it is above all the bones in the ear that play a special role, as a kind of dog bone for lonely eaters.

Luca Guadagnino has now filmed this novel, he has turned some of the original ideas around, but the central motif remains this scandalous hunger, which goes far beyond what is connected with food intake. Of all violations of humanity, cannibalism is arguably one of the most offensive.

Eating meat is already often frowned upon, and then even that of your own species! Okay, there are perverted connoisseurs like Hannibal Lecter, and not so long ago you could see the occasional racist cartoon of white people being boiled in a cauldron somewhere in Africa.

But cannibalism is only really cannibalistic when the animal in the human being shows itself in it. That’s how it is with Camille DeAngelis. The man-eating people that can be seen there don’t bother with the preparation. They sink their teeth into the flesh as if it were their last meal, as if they were eating for their lives. And that’s the way it is: Maren and Lee (and the sinister Sully) have to satisfy their urge to eat from time to time. They belong to a secret minority, comparable to vampires. However, their cannibalism does not come with privilege, they are not immortal, and they do not face everyday life from a perspective of tragic eternity.

They’re just more radical misfits than they already are as teenagers in America today. Maren (Taylor Russell, previously starring in Trey Edward Shults’ suspenseful Waves) lives with her father in what doesn’t exactly look like a stable living quarters.

She’s a young black woman who thoroughly spoils the very first invitation to make friends in a new place by biting off a girl’s finger. Namely “bones and all”, with bones and everything. Only the meat industry is more brutal, they make flour out of cooking and feed it back to animals. After the finger thing, there’s not much left but to flee. But this time the father escapes himself, leaving Maren with a tape on which she learns her story – and with which she can look for her mother. She doesn’t keep the secret of Maren’s special conditioning, but she might at least be able to give an idea of ​​why she is the way she is.

Lee is also a ripper

A fitting companion on her journey across America’s Midwest (each new state is named by an acronym, so you can do a little scavenger hunt with the leftovers from geography class) in lanky Lee (Timothée Chalamet, the previous one). made famous by Guadagnino’s “Call Me By Your Name”).

He wears the most tattered jeans, which somehow pass for pants, and he’s a daring guy in other respects too. If it’s sometimes said of wild animals that they rip their prey, then Lee is a ripper too. With this couple everything is set for a nice road movie on the trail of comparable misfit myths – Kathryn Bigelow’s “Near Dark” or Andrea Arnold’s “American Honey” might come to mind, the heartbreaking American counter-romanticism of “Near Dark” reaches “Bones and All “But then not quite close.

Guadagnino is one of the great directors of (always latently or openly queer) adolescence in today’s cinema. His series “We Are Who We Are” found characters very similar to Maren and Lee on an American military base in Italy, so he didn’t need the puzzling and shocking disposition that was already hanging in the air in the novel to create an intensive portrait of adolescence to design.

Luckily, in Mark Rylance as Sully, Bones and All has one of the most interesting “villains” in a long time: a character who reeks of eons of loneliness and has adopted one of the weirdest self-portrayals ever (half Indian chief, half eternal Huckleberry Finn with flood pants, but at least doubly monstrous). Maybe you don’t have to take the cannibalism too seriously (or as seriously as it’s supposed to be a shock) then you can have a good time with Bones and All.

By the way, also a journey through time, as the soundtrack reveals: from Joy Division to New Order. Because that’s Luca Guadagnino too: a pop encyclopaedist who takes what suits him or who always finds the pop quote.

10% of lost assets: Credit Suisse suffers the scramble of its customers

Composer Hildur Gudnadóttir: Sounds that crawl under your skin