Faeser wants to make the naturalization of foreigners much easier 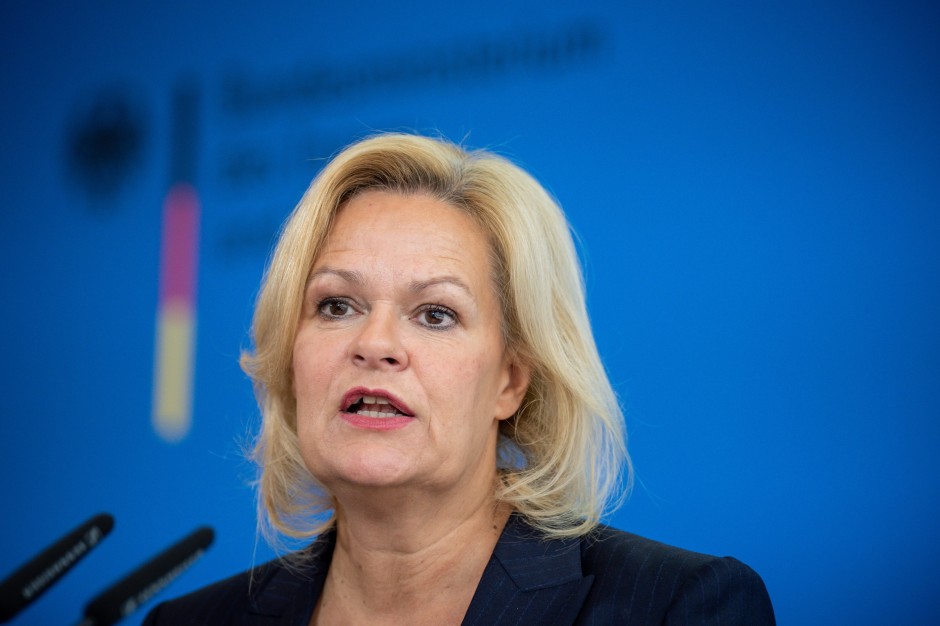 Nancy Faeser (SPD), Federal Minister of the Interior and Homeland, wants to make naturalization for foreigners much easier.
Image: dpa

Children born here to foreign parents who have been living legally in Germany for five years should automatically receive German citizenship. Naturalized people should be allowed to keep their old nationality in the future.

BAccording to a media report, Interior Minister Nancy Faeser (SPD) wants to significantly reduce the conditions for naturalization in Germany. As the Bild newspaper reports, citing a switching conference between the ministry and the responsible departments of the federal states, children born in Germany to foreign parents, for example, should automatically receive German citizenship if one parent has “usually lawfully resided” in Germany for five years Has.

In addition, the time it takes foreigners to naturalize is to be reduced from the current eight years to five years. “In the case of special integration achievements”, naturalization is even possible after three years. The obligation to give up one’s previous citizenship is to be abolished.

According to the report, Faeser wants to remove the language certificates previously required for seniors over 67 years of age. Instead, the “ability to communicate verbally” should be sufficient in the future. The previously required knowledge test about Germany is also not applicable to this group. However, the departmental vote on the proposed law is still pending, it said.

What the ECB can do about high inflation

How Do I Decide If I Want to Fight My White-collar Case? Where Can I Find Legal Assistance

Heat wave: no heat for the staff