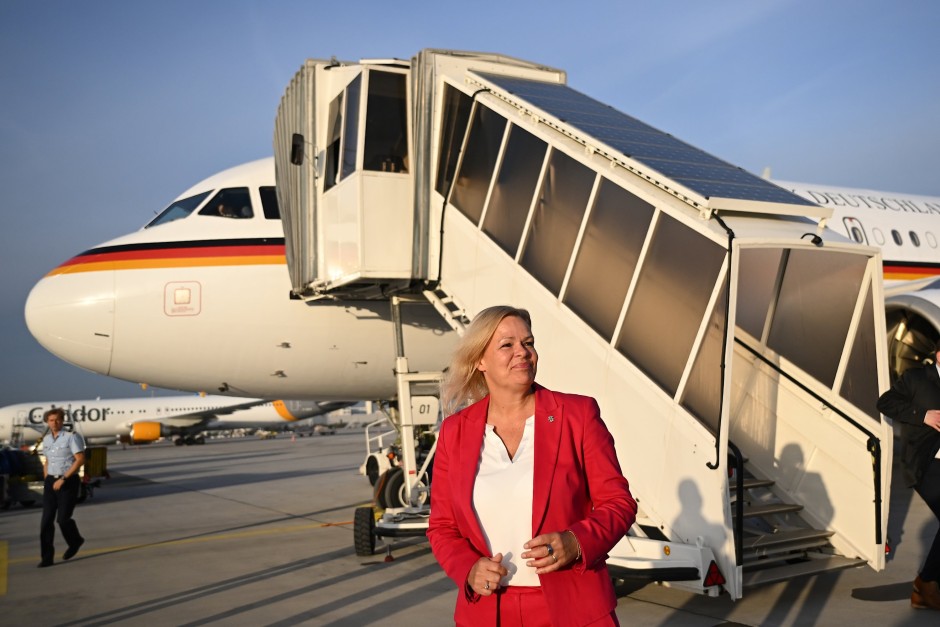 End of October: Faeser returns from her trip to Qatar in the run-up to the World Cup.
Image: dpa

Most recently, the Federal Minister of the Interior reacted cautiously to the question of whether she would travel to the German game. Now she refers to the dialogue with the Qatari government to improve human rights.

BInterior Minister Nancy Faeser (SPD) will travel to Qatar for the German national team’s opening game at the World Cup. Faeser will travel to the emirate following her visit to Turkey on Wednesday, a ministry spokesman told the AFP news agency on Monday. Faeser has therefore emphasized that she also “would like to continue the dialogue with the Qatari government on reforms there, in particular to improve the human rights situation”.

Most recently, Faeser questioned visiting the game. “I’ll see if I can manage to travel next week,” she said just over a week ago in Berlin. Faeser had previously been asked about statements by Qatari World Cup ambassador Khalid Salman, who described homosexuality as “mental harm”.

Faeser first referred to the “security guarantee” that she said she had received from Qatar’s Prime Minister and Interior Minister Sheikh Chalid bin Chalifa Al-Thani. Accordingly, all fans should be able to “move freely and without fear” during the tournament. This safety guarantee is still the benchmark for them, Faeser emphasized ten days ago in Berlin. When asked again, she put her previous travel plans into perspective.

Bidens Wordle This is a Bidens Word Using Wordle?

Hans Königsmann at OHB: space pioneers among themselves