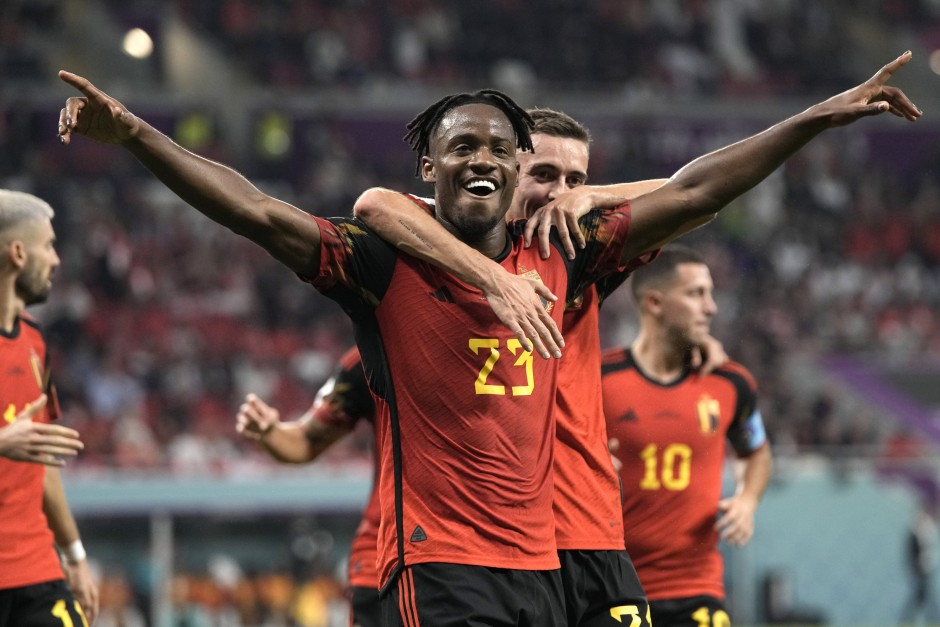 Nfter his bitter World Cup debut, Canada’s star player Alphonso Davies was comforted by his teammates and also by some Belgium professionals, after which the Bayern Munich professional buried his face inconsolably in his shirt. With his missed hand penalty, Davies missed the great opportunity to crown the courageous Canadian performance in the early stages. Instead, the Canadians had to admit defeat against Belgium’s old stars on Wednesday evening 0:1 (0:1) and experienced a painful return to the World Cup.

13,361 days after the previous World Cup game, Canada convinced, but Michy Batshuayi (44th minute) from Fenerbahce Istanbul ensured in Al-Rajjan for Belgium’s lucky eighth consecutive preliminary round win at a World Cup. The young, strong Canadians, on the other hand, did not reward themselves for their courageous performance and, 36 years after the last World Cup game in Mexico in 1986, remained pointless and goalless at a world tournament. The chance of a respectable success would have been there, but Bayern’s Davies put a hand penalty (10th) in the arms of Belgium’s world goalkeeper Thibaut Courtois. Nevertheless, the North Americans were cheered by the spectators after the final whistle.

Belgium coach Roberto Martinez didn’t care. “We know we didn’t play well and we need to improve. But we won the game that counts,” Martinez said. “I would have preferred to have seen a better performance. Canada was better than us. But in the end, that win is more important than one where you play well.” Canada coach John Herdman was proud of his team. “We put in a great performance, but we should have taken three points. Unfortunately we missed that, but I’m proud of the achievement. And we made the fans proud too. We have shown that we are right to be here.”

The ice hockey nation set the pace right from the start in front of 40,432 spectators. Full of passion, the World Cup returnees put Belgium under pressure. The aging, still untitled Golden Generation of the Belgians found their way into the game with difficulty and were lucky with the penalty. The Zambian referee Janny Sikazwe only recognized a clear handball from Atlético Madrid’s Yannick Carrasco after the intervention of the video referee. The poor penalty made Courtois the first Belgian goalkeeper in 66 years to save a penalty at a World Cup.

Only after that did the favorite wake up. Whenever ManCity’s Kevin De Bruyne picked up the pace, it became dangerous. Behind it, Real Madrid’s Eden Hazard directed. The 31-year-old captain made his twelfth World Cup appearance, although he has been in form for years and has only made three appearances in the Primera División this season. However, Hazard justified the confidence of coach Roberto Martinez with a dedicated effort.

Nevertheless, the Belgian attacking game was still too imprecise. Canada had significantly more shots on goal, but were also unlucky in not being awarded two more penalties for fouls. As is so often the case, missed opportunities took revenge. Romelu Lukaku’s representative Batshuayi beat CF Montreal’s Kamal Miller just before half-time and finished well to take the lead at half-time.

Before the game, there had been major concerns in Belgium about Lukaku’s long-term injury. The 29-year-old striker, who has only made five appearances at Inter this season due to a persistent muscle injury, can play in the second group game against Morocco on Sunday at the earliest (2:00 p.m. CET in the FAZ live ticker for the World Cup, on ZDF and on Magenta TV).

Despite the lead and two changes at the break – including Dortmund’s Thomas Meunier who came to his sixth World Cup game with a face mask after breaking his cheekbone – Belgium continued to have problems against the strong Canadians. Captain Atiba Hutchinson also impressed in defensive midfield for the North Americans. The veteran from Besiktas Istanbul became the second oldest outfield player in World Cup history after Cameroon’s Roger Milla. Hutchinson was 39 years and 288 days old on Wednesday. Milla was still used in 1994 at the World Cup in the USA at the age of 42.

It was also due to the presence of the veteran in midfield that there were hardly any relief attacks from Belgium. Instead, substitute Cyle Larin (80th) had a great chance to equalize with a header, but failed at Courtois. The favorite from Belgium brought the seventh win in a row in a World Cup opening game over time because the Canadians were also fading.

Protests against election results in Brazil: the amusement park of the revolutionaries

A Visit To The Vape Shop- Beginners Guide

Ukraine live blog: According to the UN, around 14 million Ukrainians are on the run

FAZ series Schneller Schlau: How the standardization of the apple is ousting many varieties

Revealed – 10 largest health insurance providers in the US