Football World Cup in Qatar: Rainbow colors should no longer cause trouble for fans 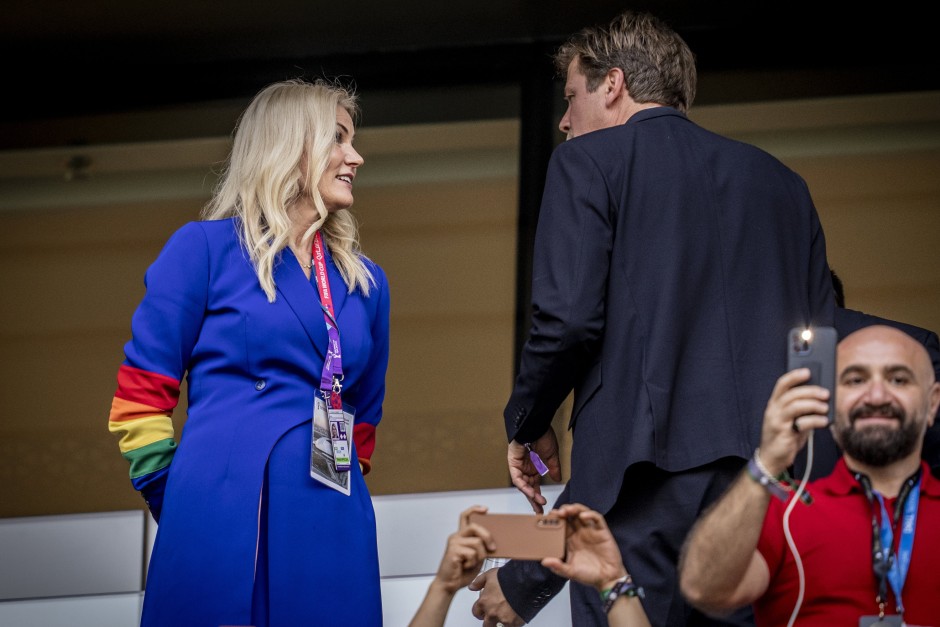 Qatar will abandon its restrictive stance on rainbow colors in World Cup stadiums. With the start of the second round of the group stage on Friday, supporters who show their support for the LGBTQ+ community in the arenas will no longer be bothered by security personnel.

This is exactly what has happened several times in the past few days. Stadium visitors were repeatedly asked to take off their colorful clothes and cover up the relevant motifs. The response from the world football association FIFA to a request from World Cup participants Wales now shows that these interventions will be discontinued. British newspaper The Times reported on Tuesday that FIFA had reached out to the hosts after reports of security forces cracking down on rainbow-colored clothing.

On Wednesday, Interior Minister Nancy Faeser also intervened during her visit to the DFB’s mobile fan embassy in Doha and criticized Qatar. “I’m very disappointed,” said the SPD politician about the case of a German fan who had an armband and a rainbow-colored sweatband removed. “That’s not my understanding of the security guarantees that the interior minister gave me.” Prime Minister and Interior Minister Sheikh Khalid bin Khalifa bin Abdulaziz Al Thani assured Faeser in Qatar at the beginning of November that everyone was welcome to the World Cup.

DFB President Bernd Neuendorf also criticized the promises made in the run-up to the tournament at the appointment in the run-up to the German defeat against Japan. “We’ve had word from different teams that rainbow ties have been taken down,” he said, echoing the words of FIFA President Gianni Infantino, who also said “everyone” is welcome in Qatar. “This is not a sign of welcome for us,” said Neuendorf.

3: 2 against Ghana: Portugal trembles for the opening victory

Brokers: Do your clients have the right amount of vehicle loss-of-use coverage?

The best fake engagement rings for a marriage proposal