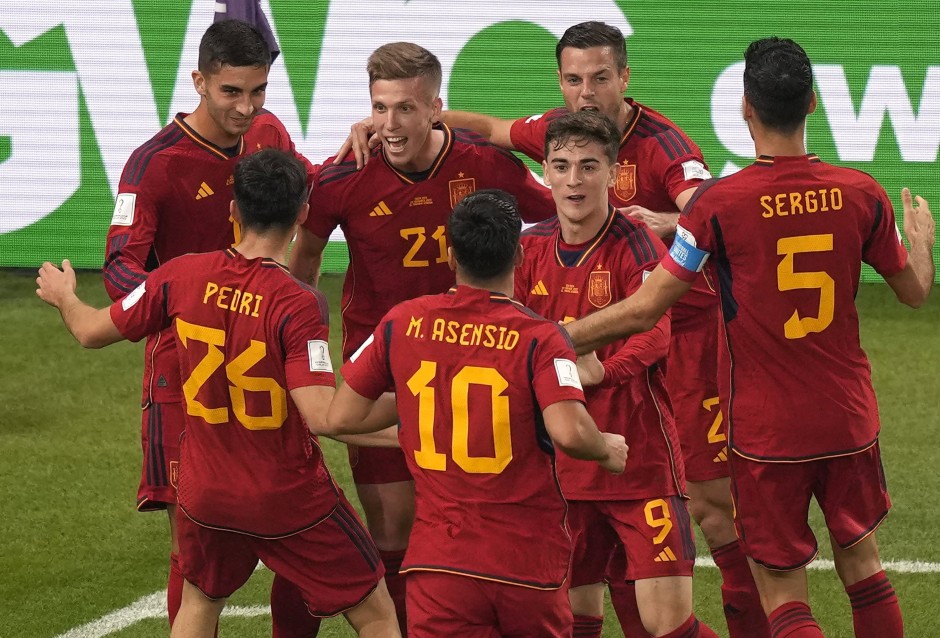 KKing Felipe VI. clapped happily in the honorary box, on the lawn of the al-Thumama stadium Spain made the first title announcement in slow motion. With a 7-0 (3-0) win against Costa Rica, the 2010 world champion recommended himself for the group cracker at the World Cup against Germany on Sunday. In front of 40,013 spectators in Doha on Wednesday evening, Dani Olmo from RB Leipzig (11th minute), Marco Asensio (21st), Ferrán Torres (penalty kick/31st and 54th), Gavi (74th), Carlos Soler (90th) and Alvaro Morata (90+2) against the overwhelmed outsider.

Four years after losing out to the hosts in Russia in the round of 16 and eight years after failing in the preliminary round as defending champions in Brazil, the Spaniards performed with the confidence and strength of a co-favourite. Coach Luis Enrique relied on the young Barcelona stars Gavi and Pedri in the attacking midfield, who got off to a powerful start. Captain Sergio Busquets, the only survivor from the 2010 World Cup team, effortlessly had their backs at 34.

Pedri in particular shone in the early stages two days before his 20th birthday. With his fine passes, Olmo and Marco Asensio just missed the goal. A chip from just 18-year-old Gavi completed Olmo to 1-0 – Spain’s 100th World Cup goal.

The Costa Ricans around star goalkeeper and captain Keylor Navas had absolutely no access to the opponent who was willing to play. In 2014, the selection of the Ticos, as the five million inhabitants of the Central American country are called, surprisingly made it to the quarter-finals and only failed there on penalties at the hands of the Netherlands. This time it quickly became apparent that the team of World Cup-experienced Colombian coach Luis Fernando Suarez had great difficulty keeping up with the lively Spaniards.

At 0: 2 through a direct acceptance by Real professional Asensio after a cross from Jordi Alba, Navas still got his fingers on the ball, but nothing more. The now 35-year-old reserve goalkeeper from Paris Saint-Germain had to watch how his team rushed after the ball and opponents. A foul by Óscar Duarte on Alba led to a penalty, which Torres confidently took advantage of.

The three-time European champion from Spain continued to whirl. Costa Rica’s offensive around veteran star Joel Campbell didn’t take place after the break either, his colleagues hardly got into the duels. So Torres increased against the confused opposing defense to 4:0. The Barça striker is already well known to the German team and national coach Hansi Flick. He scored three goals in the 6-0 win against the German selection in 2020.

For Spain’s senior Busquets, the assignment was over after just over an hour: The replaced veteran from Barcelona was able to save energy for the Germany game on Sunday (at 8 p.m. in the FAZ live ticker for the soccer World Cup, on ZDF and on MagentaTV) and watch from the outside how Gavi, Soler and Morata scored.

Types of Video That Your Business Should Use

Which Are the Online Stores That Deliver Indian Groceries in the Seattle Area?

Consequences of the Ukraine war: VW is looking for a buyer for its plant in Russia