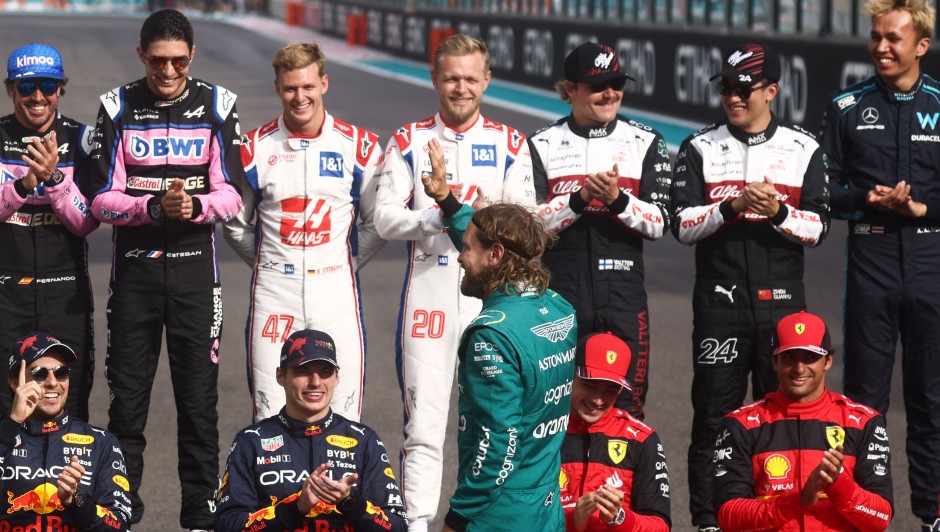 GBig ovations and wet eyes from Sebastian Vettel before the start, but no big gifts on the track: The four-time world champion took tenth place and thus a point at the Abu Dhabi Grand Prix to say goodbye to his self-imposed Formula 1 retirement.

5635 days after his Grand Prix debut, Vettel, who had dominated the premier class for a number of years, was fighting passionately for a top result – but the one-stop strategy chosen by Aston Martin proved to be a mistake.

“How could we be so wrong with the strategy,” Vettel radioed when he fell out of the points nine laps before the end of the race. At least it got a point because his old rival and now friend Lewis Hamilton retired late with hydraulic problems.

Victory went to world champion Max Verstappen, who set a remarkable record with 15 successes in one season. Ferrari driver Charles Leclerc secured second place in the drivers’ standings behind the outshining Red Bull driver by finishing second ahead of Verstappen colleague Sergio Perez. Both went into the season finale on equal points.

Record world champion Lewis Hamilton had to park his car in his 200th race for Mercedes. This ended an impressive series: For the first time since he entered Formula 1 in 2007, the Brit ended a season without a win.

Mick Schumacher finished 16th in what was his last Formula 1 race for the time being. Abu Dhabi will want to quickly forget the 23-year-old not only because of his resignation from Haas: In the race, Schumacher exuberantly caused a collision with Nicholas Latifi’s Williams.

After he had to vacate his place at the US racing team for Nico Hülkenberg in 2023, Schumacher’s last, albeit small, chance of a regular cockpit in the coming season was shattered on Sunday.

Logan Sargeant secured the place at Williams. The American finished the Formula 2 season fourth overall and thus collected the necessary points for the premier class driver’s license, the so-called super license. A realistic option for Schumacher is now a place as a reserve driver with the top team Mercedes.

For the 35-year-old Vettel, where he won his first title in 2010, it was only marginally about the sporting side. There was plenty of room for emotions. Father Norbert Vettel surprised his famous son with the first racing helmet, the first racing gloves and the first overalls. Schumacher and Alonso wore helmets in Abu Dhabi in the typical Vettel design: white with black, red and gold.

Vettel, on the other hand, had an appointment with all his driver colleagues for dinner on Thursday, and he invited the entire paddock to do one last lap on the track with him on Saturday evening. Many followed his call, including Formula 1 boss Stefano Domenicali and buddy Mick Schumacher. “The run was great, it was a lot of fun,” said Vettel. His former team Ferrari gave him an engine cover, and the words “Thank you Seb” were emblazoned all over the paddock.

Bitcoin, Ethereum & Co: le Royaume-Uni introduces a system of documents based on the blockchain

Best Gadgets For Men to Raise their Lifestyles

Cryptos on the decline: Why Bitcoin is crashing

The Many Properties Of Structural Glazing