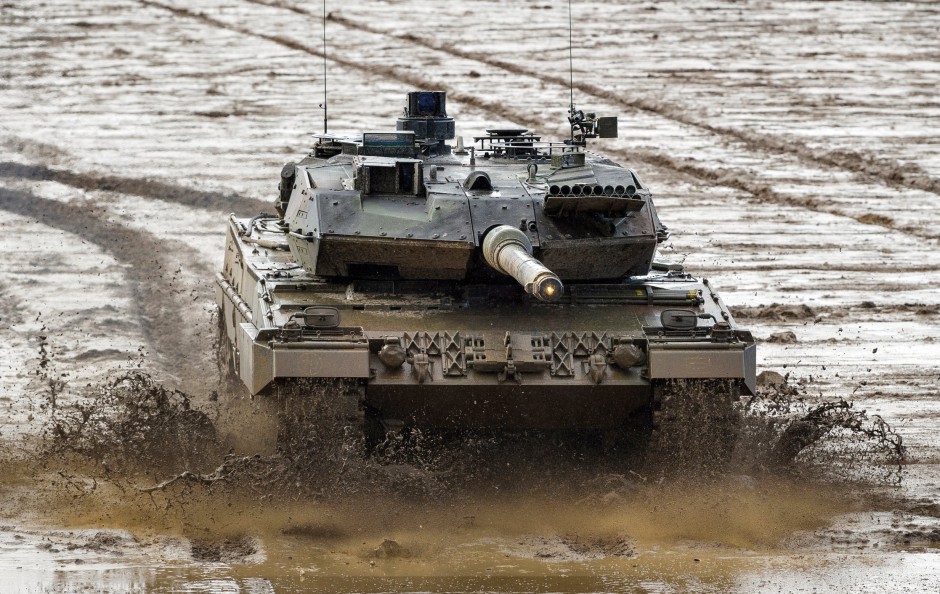 Dhe federal government has decided to supply Leopard main battle tanks to Ukraine. The German Press Agency learned this from government circles on Tuesday evening in Berlin. The magazine “Der Spiegel” and the broadcaster ntv had previously reported on it. According to the “Spiegel” it is about at least one company of Leopard 2A6 tanks. The federal government also wants to grant permission to export such tanks that are owned by other countries such as Poland.

The chairwoman of the defense committee, Marie-Agnes Strack-Zimmermann (FDP), welcomed the decision to supply main battle tanks to Ukraine. “The decision was tough, it took far too long, but in the end it’s inevitable. The fact that Germany is allowing partner countries to deliver its Leopard 2 tank and is also delivering it itself is relieving news for the battered and brave Ukrainian people,” Strack-Zimmermann told dpa. The security policy spokeswoman for the Greens parliamentary group, Sara Nanni, wrote on Twitter of a “good decision”. The Vice President of the German Bundestag, Katrin Göring-Eckardt (Greens), wrote on Twitter: “The Leopard’s freed!” She added: “Now hopefully he can quickly help Ukraine in its fight against the Russian attack and for the freedom of Ukraine and Europe.”

The CDU chairman Friedrich Merz welcomed the federal government’s decision to deliver Leopard battle tanks to Ukraine, but at the same time accused Chancellor Olaf Scholz (SPD) of hesitation. “The decision is correct,” said the opposition leader on Tuesday evening at the German Press Agency in Berlin. At the same time, Merz criticized the fact that if the Chancellor had announced such a decision together with the French President (Emmanuel Macron) at the Franco-German Council of Ministers on Sunday at the 60th anniversary of the Élysée Treaty in Paris, then this would have been joint political leadership. So the image of a driven person who has hesitated too long remains.”

The foreign expert of the Union faction in the Bundestag, Jürgen Hardt (CDU), called for a rapid training of Ukrainian soldiers on the weapon system. “The federal government’s decision to supply Leopard tanks to Ukraine was overdue. It is to be hoped that it will not be too late,” said the foreign policy spokesman for the CDU/CSU parliamentary group of the German Press Agency. “Now the traffic light government must ensure that Ukrainian soldiers are trained quickly.”

The decision in Berlin was made after Poland announced in the morning that it wanted to deliver 14 of its Leopard tanks and thus a company to Ukraine. Since they received these from Germany, the federal government had to agree before they could be passed on to Kyiv. At the same time, Defense Minister Mariusz Błaszczak called on Germany to supply tanks itself: “I also appeal to the German side to join the coalition of states that are supporting Ukraine with Leopard 2 tanks.

As the American “Wall Street Journal” reported with reference to American government officials, the government in Washington is also tending to supply Kyiv with “a significant number” of M1 Abrams main battle tanks. The Dutch Prime Minister Mark Rutte also explained in an interview with the FAZ that his country is considering supplying Leopard 2 tanks to Ukraine. One could buy 18 Leopard 2 leased from Germany and donate them to the Ukraine, the Prime Minister said in The Hague.

Europa League in the live ticker: 1st matchday on Thursday