How Robots Are Contributing to Workplace Burnout 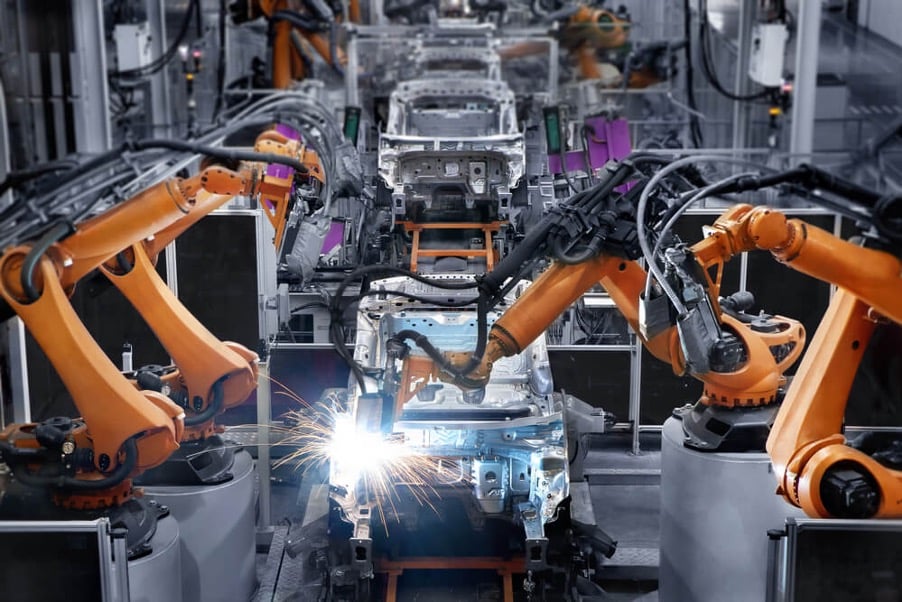 Many workers today work with artificial intelligence and robots on a day-to-day basis. Although fully autonomous robots are not ubiquitous yet, they have become more widespread in recent years.

Robots continue to be adopted for use because they can complete tasks more quickly and efficiently than their human counterparts. However, new research suggests that robots can have a negative impact on human workers because of fears surrounding job insecurity.

In a new study by the American Psychology Association, researchers discovered that workers can use self-affirmation techniques to alleviate their fears about being replaced by machines.

In this article, we’ll examine how robots are causing anxiety in employees and how workers can counter that stress.

Why Are Workers Concerned About Robots?

Robots, which have been the subject of much debate, are defined as “embodied, automatically controlled, reprogrammable multi purpose entities that perform useful tasks for humans or equipment.” Some estimates indicate that robots will replace humans in almost half of jobs in the next two decades.

Although some experts are excited that robots will allow humans to seek new roles, others are more pessimistic and concerned that robots may sideline middle-class workers and put them out of jobs. Robots are expected to take up more complex roles eventually, so even lawyers, doctors, and dentists may be at risk of these feelings. Robots may also end up communicating with patients about sensitive things like prescriptions and medications.

Importantly, the psychological and behavioral costs of being exposed to robots are not fully understood. However, recent research suggests that negative effects are likely. As exposure to robots increases and workers experience greater feelings of job insecurity, higher levels of burnout and incivility will probably occur as a reaction.

In addition, even if robots do not actually threaten workers’ jobs, people will likely still see them as a threat and experience the negative effects of feeling replaceable.

Finally, understanding how robots can make workers feel is important for both workers and managers because they may not fully comprehend how robots can impact their businesses and employees yet.

Why Do Robots Impact Workplace Behaviors?

Robots impact workplace behaviors by exposing employees to robots both physically and psychologically; even if a job site or business doesn’t have robots, workers can still be impacted.

Previous research indicates that people distinguish between software (or artificial intelligence) and algorithms over autonomous physical robots. Their beliefs surrounding robots tend to focus on their physical appearance rather than the actual capabilities of the robot. This means that more human-appearing robots are perceived as more threatening, even if they are incapable of performing the same task as more sophisticated but less human counterparts.

Do Robots Cause an Increase in Job Insecurity?

To understand how robots impact employees, researchers from APA looked to the cognitive appraisal theory of stress. Feelings of job insecurity represent individuals’ perceptions of surrounding threats. In this case, workers feel greater levels of job insecurity in response to external stimuli, like the presence or perceived presence of robots.

For example, workers in a warehouse may someday work alongside robots that place products onto pallets rather than human workers. This study predicts that workers in that situation will feel increased anxiety due to their proximity to robots.

Researchers surveyed 343 fully-employed adults about their feelings of job insecurity after reading one of three articles:

How Does Working With Robots Impact Workers?

Researchers also analyzed the feelings of 118 workers at a large manufacturing plant in India several times a day to understand the relationship between daily robot adoption and daily job insecurity. The results demonstrated, conclusively, that there was a relationship between daily fears of job loss and employee burnout: employees felt greater levels of burnout when experiencing job insecurity because they were directly exposed to robots.

The study also demonstrated that job insecurity led to increased levels of incivility as an indirect effect of robot adoption.

The biggest concern is that robots, whether physically present or not, can cause employees to feel insecure about their job. As a result, downstream effects like incivility and burnout can appear. This type of behavior, confirmed by research, is expected because job-insecure employees desire to keep their jobs and will often go to lengths to mistreat or undermine coworkers to keep their position.

To combat these negative effects of increasing robot prevalence, researchers developed an intervention to reduce job insecurity and thus mitigate the negative downstream effects like burnout and incivility. A well-known way to buffer stress is through self-affirmation. Self-affirmation works by emphasizing that an employee has sufficient self-worth and can confront change at their job. Because many of the robot-related stressors are caused by feeling unable to cope with the potential of being replaced by robots, self-affirmation can be curative.

A common type of self-affirmation is through a so-called “value essay,” where individuals write about what they believe their most important qualities and values are. This includes friends, family, social skills, and religion. Studies have demonstrated that self-affirmation exercises like these can minimize cortisol, a hormone associated with stress.

Researchers found that employees rated job insecurity higher when they did not engage in a brief self-affirmation exercise following reading an article about robots in business. This supports the conclusion that self-affirmation can be a useful tool for minimizing stress, including stress caused by a fear of being replaced by robots.

The use of robots is only going to increase in the coming years, and managers and employees should work to prepare themselves for any potential consequences. This is particularly true of industries that are likely to see greater levels of robot adoption to increase productivity. However, everyone should be aware that these improvements will likely come at the cost of increased job insecurity, burnout, and incivility, which must all be accounted for.

Employers and employees can mitigate these effects by using self-affirmation to reduce the harmful psychological consequences associated with robot exposure.

You may be interested in: What Can Nurses Do to Further Improve Patient Quality Care?

The importance of digital solutions in warehousing

What Is a Merchant Cash Advance?

How To Find A Capable Laravel Developer

Crucial impacts of the digital Yuan in china

What to Know About Your Health Insurer’s Formulary Drug List

After a drone flight: Norway arrests the son of a Putin confidant