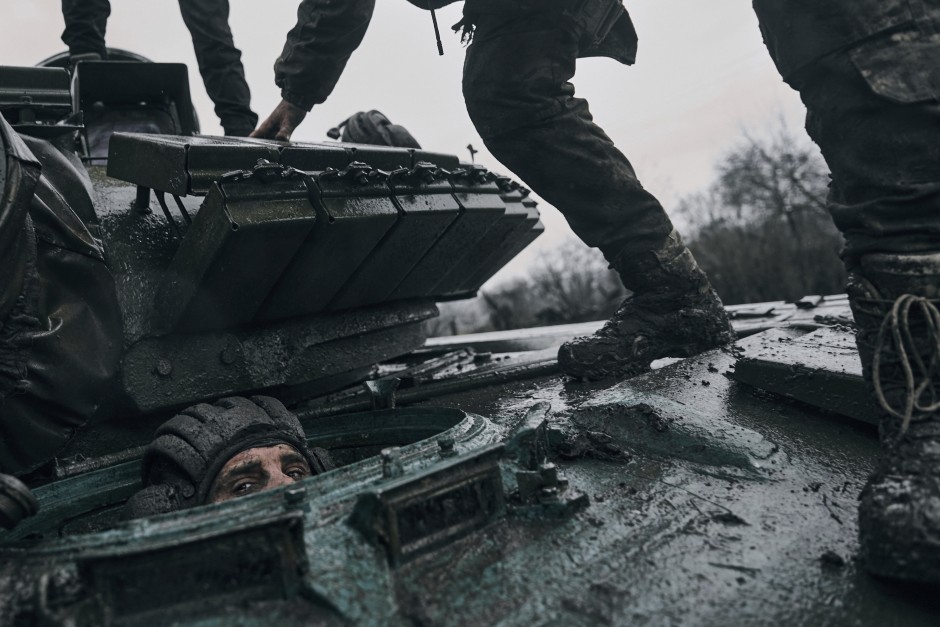 Mith thousands of public warming rooms, Ukraine, under attack from Russia, wants to get its population through a cold and dark winter. More than 4,000 such “stability points” in schools and administrative buildings have already been prepared across the country, President Volodymyr Zelenskyy said on Tuesday. More should follow. “All basic services are provided there,” he said in a video address in Kyiv. “This includes electricity, mobile communication and the Internet, heat, water, first aid. Completely free and 24/7.”

Kiev Mayor Vitali Klitschko underscored the seriousness of the situation in the Ukrainian capital, which has three million inhabitants: “This is the worst winter since the Second World War,” he told the “Bild” newspaper on Wednesday. Ukraine is struggling with power outages as a result of Russian rocket attacks on the electricity grid, and the attacks are also causing major problems with district heating, water and gas supplies. The European Parliament wants to vote on Wednesday on a resolution that will foreseeably designate Russia as a state sponsor of terrorism because of the attacks on civilian targets.

Klitschko: Kyiv must brace itself for the “worst scenario”.

“Should there be another massive Russian attack and the power supply cannot be restored within a few hours, the work of the ‘points of stability’ will be activated,” said Zelenskyy. Local authorities should provide information on where to find support in the event of a prolonged power outage. Companies are also asked to provide rooms and other aids.

The official name of the collection points on a government website also translates to “points of steadfastness.” Mothers with children should also be able to find refuge there. “I am sure that we will get through this winter together if we help each other,” said the head of state.

For the megacity of Kyiv, Mayor Klitschko said that one had to be prepared for the “worst scenario” of widespread power failures at low temperatures: “Then parts of the city would have to be evacuated, but we don’t want it to get that far.”

The ex-boxing world champion accused Russian head of state Vladimir Putin of wanting to drive even more Ukrainians to flee by attacking civilian infrastructure. “But that’s not going to happen. My impression is that people are only getting angrier, more determined. We will not die or flee like Putin wants us to.” Klitschko asked Germany to urgently send generators, protective clothing and humanitarian goods in addition to weapons.

According to the Ukrainian Security Council, Russia still has enough missiles for three to four attacks of the same severity as on November 15. About 100 rockets were fired at that time. “The Russians have resorted to a shameful practice of destroying the infrastructure on which the lives of the elderly, children and women depend,” Council Secretary Oleksy Danilov told Radio Liberty. “It means that we will have a difficult winter. But that doesn’t mean we should give up or surrender.”

Defense Minister Oleksiy Reznikov published an overview of the allegedly remaining Russian missile arsenal, although the information from Kyiv cannot be independently verified. 829 of the Iskander-type surface-to-surface missiles, more than four-fifths of the existing stock, were said to have been fired. In the case of Ch-101 and Ch-555 air-to-ground missiles, half of the arsenal is still there.

As in the previous days, ground fighting was mainly reported from the Donbass in eastern Ukraine. There were reports of an attack by Ukrainian drones from the city of Sevastopol on the Crimean peninsula annexed by Russia on Tuesday evening. City chief Mikhail Rasvozhayev announced that two drones had been shot down. They should have attacked a power and heating plant in the Balaklava district. The Black Sea Fleet intercepted three more drones over the sea near the port city.

As the naval base of the Black Sea Fleet, Sevastopol is strategically important for Russia. The Ukrainian military has repeatedly attacked the city from the air with combat drones and once from the sea with remote-controlled unmanned boats.

The NATO member Czech Republic is changing its defense plans because of the Russian war against Ukraine in order to be prepared for a possible escalation. One must primarily prepare for a large-scale war against a highly developed opponent, said Chief of Staff Karel Rehka in Prague, according to the CTK agency.

The Czech Republic has almost 27,000 professional soldiers and around 3,600 reservists. Most recently, the training had focused more on participation in peacekeeping and anti-terrorist operations abroad, such as in Mali.

That will be important on Wednesday

Ukraine speaks of terror in the face of atrocities by Russian soldiers against civilians and attacks on civilian objects. That is why Kyiv is trying to have Russia condemned internationally as a state sponsor of terrorism. The parliaments of the Czech Republic, Estonia and other countries have already passed such resolutions. A similar vote is also pending in the EU Parliament in Strasbourg.

A classification of Russia as a terrorist state would have consequences, especially in the USA. But President Joe Biden’s administration is wary of putting Russia alongside countries like Iran, Syria, Cuba and North Korea. The legal classification could be an obstacle if negotiations and a peace process were to take place.

The German Vice President of the EU Parliament, Nicola Beer, is expected to hold talks in Kyiv on Wednesday.

Why 5G is growing faster than all previous mobile generations

In What Ways Should Small Businesses Invest in Mobile Applications?