China’s turning point: As if the zero-Covid doctrine had never existed 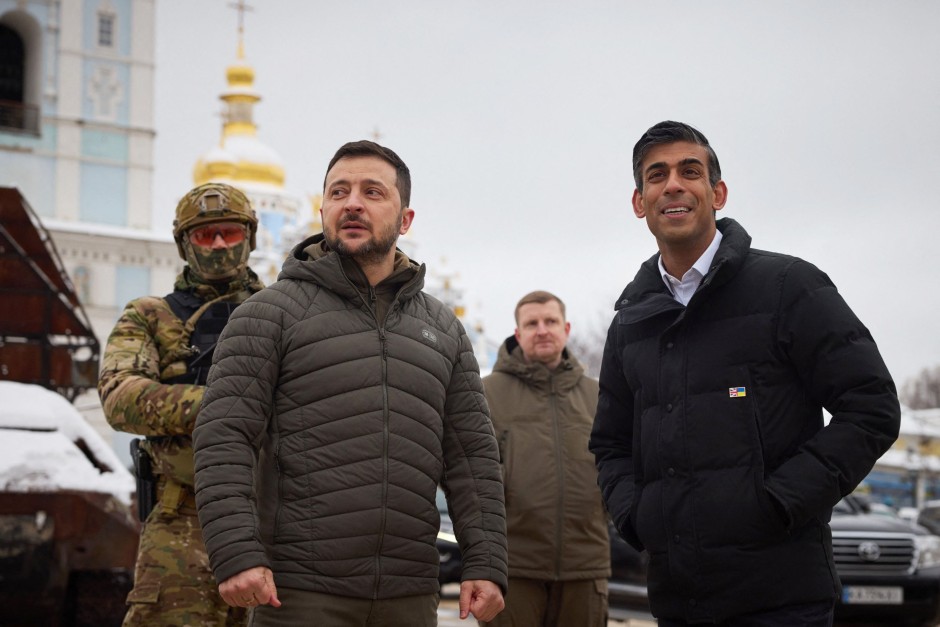 The £50 million package includes 125 anti-aircraft guns and anti-drone technology. At the beginning of November, the British Ministry of Defense had already promised Ukraine the delivery of 1,000 anti-aircraft missiles.

“While Ukrainian forces are successfully pushing back Russian forces on the ground, civilians are being brutally bombed from the air,” Sunak said at his meeting with Ukrainian President Volodymyr Zelenskyy, according to the statement.

The British also want to strengthen their training opportunities for the Ukrainian armed forces and send army medics and engineers to the region to provide support. With a view to the winter, humanitarian aid should be expanded. Great Britain also wants to support Ukraine in rebuilding the infrastructure.

According to the Ukrainian government, more than 1,000 rockets and drones have been fired at targets in the energy sector since Russia invaded in February. The capital, Kyiv, has been without electricity for a long time and continues to be so.

Sunak: “We are with you all the way”

In Kyiv, Sunak laid flowers at a memorial to the war dead and lit a candle at a memorial to victims of the Holodomor famine. He also met emergency services at a fire station. “It fills me with humility to be in Kyiv today and to have the opportunity to meet those who do so much and pay such a heavy price to defend the principles of sovereignty and democracy,” Sunak said in a statement. He was received by Ukrainian President Volodymyr Zelenskyy in a light snowfall, according to images circulated on Zelenskyy’s Telegram channel. “Britain knows what it means to fight for freedom. We are with you all the way,” Sunak wrote on Twitter. His predecessor, Boris Johnson, was among the first senior Western officials to visit Kyiv just weeks after the start of the Russian invasion to express solidarity with Ukraine.

Despite pledges of support from Ukraine’s allies, calls for negotiations continued. French President Emmanuel Macron said he hoped Zelenskyy would agree to resuming peace talks. Zelenskiy said Russia may only seek a “brief truce” to regroup after recent battlefield setbacks.

China’s turning point: As if the zero-Covid doctrine had never existed

5 Questions To Ask Before Buying A House

What does UST’s De-Pegging Mean for the Wider Market?