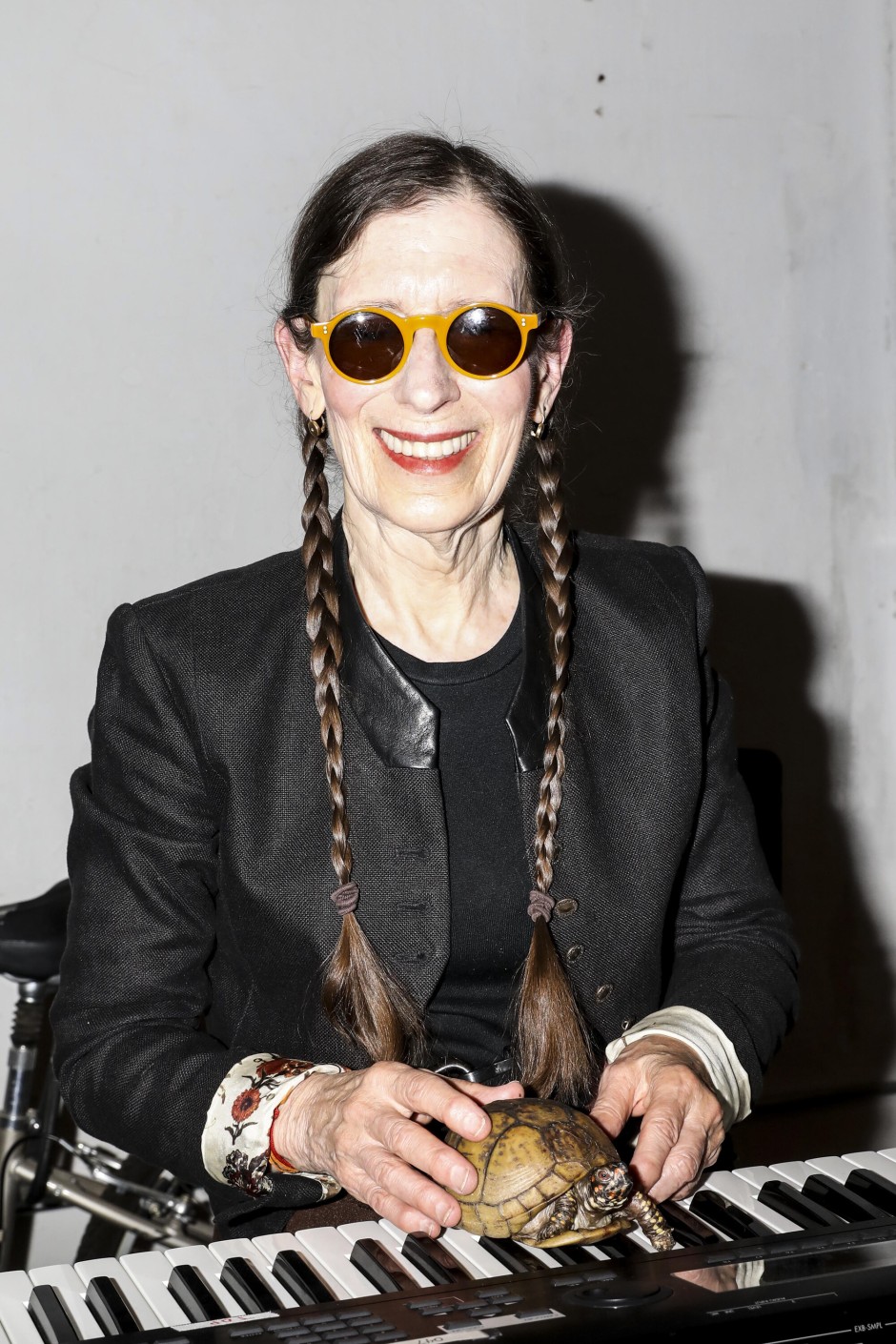 DLet his voice be her soul’s messenger, her weather report, her lifeline, her beacon, her mystery, comfort and channel, blood and heart, her pick and shovel, her footprint, her gauge, her pair of wings and her stream, her needle and her playground , radar and mirrors, earthquakes, compass and channel, the connection between the unknown and the all-time known, the eternal and the now – says Meredith Monk. And thus actually says everything about herself and her fantastic works of art, including music, of course.

She comes from a Russian-Jewish family of musicians, her great-grandfather was a cantor, her grandfather a bass-baritone who emigrated to New York, her maternal grandmother was a concert pianist and her mother a singer. Meredith Monk inherited them all. However, she has created something out of this diverse cultural heritage that defies description in conventional categories of song, but also in dramatic art and dance. She once said of herself that she is not a noun, she feels like a verb. Meaning that she is always in a movement in which she expresses all the different artistic expressions of music, theater, dance, images, vowels and consonants condensed into an indissolubly intertwined sign language.

Who would want to name these processes of whirl and stillness, tension and release, ludicrous and laconic actions, inhalation and exhalation, guttural sounds and tongue vibrations, ritual and quasi-improvised, pirouettes and literal progressions of the body, and discover what all the signals mean and from where they once made their way? A general note seems appropriate: Meredith Monk received piano lessons and eurythmy lessons at a very early age. And just as children growing up bilingually perceive the two languages ​​as a unit and for a long time believe what they say are just different ways of expressing one language, so for Meredith Monk voice and body movement, music and motion were obviously one from the start and just different possibilities of one artistic expression.

This had far-reaching consequences. From the experience of a unity of sound and movement, she developed her very own expressive art over the many years of her existence as an artist, which not only brought together different genres and partially dissolved them. She also did not accept hierarchies among art expressions. In this way, astonishing sculptures of dancing voices and singing bodies were created, which would have pleased other artists with an unbiased perception. Auguste Rodin, for example, who often went to the Louvre, but not to admire sculptures as a sculptor, but to let beautiful music work on him, the timbres of Claude Debussy, for example, which he could hear in the pictures of Camille Corot. Or much later the Czech choreographer Jiří Kylián, who in turn liked to go to the Rodin Museum in Paris because he thought he didn’t feel any frozen energy there, but rather saw the “wonderful ballets”.

Meredith Monk has not only performed as a soloist from her all-encompassing artistic vocabulary, but has also created numerous pieces for her ensemble “The House” through to major productions such as the text-free music theater “Atlas” for the Houston Opera House, which one – even if she herself calls it that – could hardly be called an opera. Let’s call it like everything else of hers, even if it has taken on a solid shape: art action-in-progression, in which the voice in all its facets and the gestures of the human body represent the actual agents of a long journey – a journey of discovery from the individual limitations social imprint towards a conscious perception of the world.

A box set containing a 300-page booklet and twelve recordings of her work over the past forty years – from Dolmen Music to On Behalf of Nature (Meredith Monk, The Recordings. ECM 2750) – is now a fitting gift for her eightieth Birthday appeared, which she can celebrate this Sunday.

What we can learn from the Japanese in the energy crisis