Putin’s war motives: A criminal in a politician’s costume 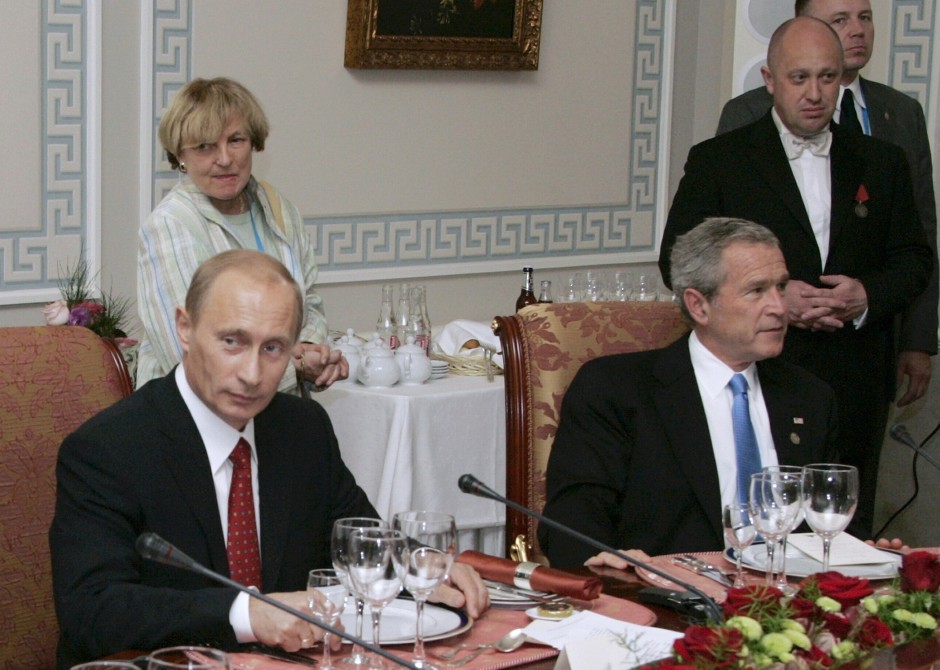 crime family? At the working dinner of President Putin and his American counterpart George W. Bush, the convicted businessman Yevgeny Prigozhin (standing on the right), founder of the Wagner private army and an Internet troll factory, does the honors.
Image: Picture Alliance

What if there is something completely different behind it? A French magazine claims to have uncovered the real background to Putin’s Ukraine war.

Dhe reasons for Vladimir Putin’s military attack on Ukraine are well known. The goal is, first, to restore the unity of the “Russian world”; second, to punish the Ukrainian “Little Russians” for their choice to live in an independent, democratic state with long-term aspirations for EU and NATO membership. A neo-imperialist venture borrowing from the Soviet Union, Stalin, the Great Patriotic War, the Tsarist Empire and pan-Slavism, which also aims to establish a new world order by breaking with the West.

That is the shared view across the country. However, what if all of these were just excuses to hide the real motive for the robbery? In the latest issue of the “Revue du Crieur”, the print magazine of the French Internet newspaper “Mediapart”, François Bonnet, co-founder and long-time editor-in-chief of the equally successful and high-quality investigative sheet, pleads for a correction of perspective.

Review Daniel Wisser: Too absurd to be true?

Habeck complains about “moon prices” for gas from friendly countries