Reaction from Zelenskyj: “It’s not about five or ten or fifteen tanks” 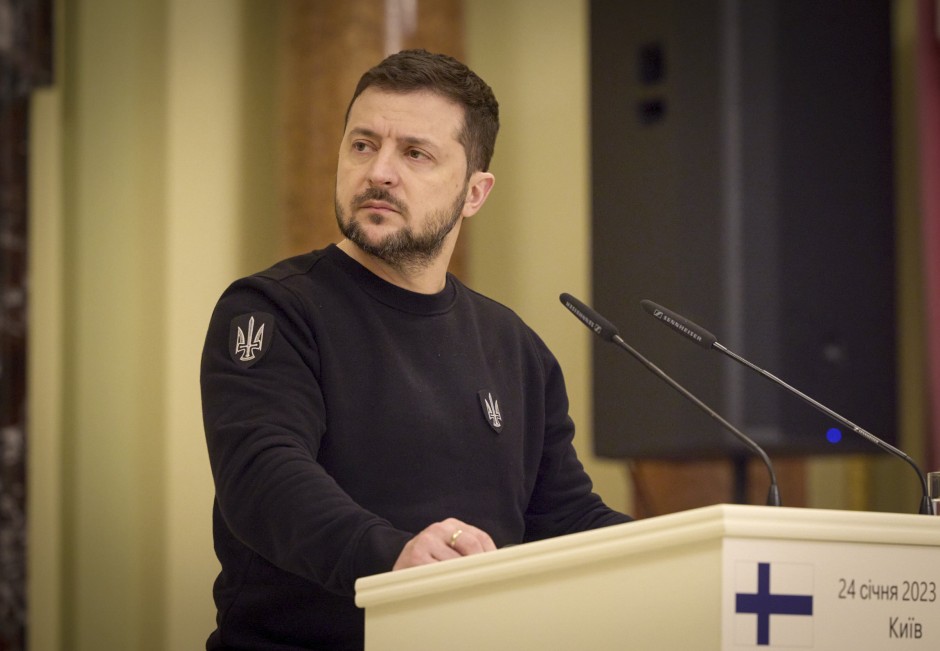 Dhe Ukrainian President Volodymyr Zelenskyj reacted cautiously on Tuesday to reports that German-made Leopard main battle tanks had been promised. “Many efforts, words, promises,” he said in a video address Tuesday night. It is more important to see the reality. “It’s not about five or ten or fifteen tanks. The need is greater.” Ukraine tries every day to compensate for the lack of heavy battle tanks. “And I thank each and every one of you who support us in this.”

The discussions about the delivery of tanks must now lead to decisions, Zelenskyj demanded. “Decisions that really strengthen our defenses against the (Russian) terrorists.” Ukraine’s allies had the required number of tanks. “If we have the necessary weight in decisions, we will be happy to thank you for every single important decision,” said Zelenskyy. “We’re still working on that.”

“Already in a precarious situation in the Bundeswehr”

After much hesitation, the federal government has decided to deliver Leopard main battle tanks to Ukraine and allows other countries to do the same. It is planned to equip at least one company with the Leopard 2A6 version from Bundeswehr stocks. This would require 14 of the weapon systems. Poland had previously announced that it wanted to supply a company of Leopard tanks to Ukraine. Finland and other countries are also prepared to do this.

The chairman of the German Bundeswehr Association, André Wüstner, spoke in the ZDF program “heute journal” about the consequences of such a delivery for the Bundeswehr. He can understand the decision to do so, said the head of the association – although he does not believe that the delivery is currently making a military difference. But one must also point out the consequences, Wüstner continued: “The consequence, for example, that we are already in a precarious situation in the Bundeswehr and that it will weaken the defense capability not only nationally, but also in the alliance.” Also with a view Wüstner said of the further deliveries of weapons from Germany that politicians had to answer “when they will replace our systems”.

The CDU foreign politician Roderich Kiesewetter described the planned delivery of German Leopard tanks to Ukraine as a “psychological signal” to the country. The tanks “of course don’t bring about the turning point,” said Kiesewetter in the “heute journal”. But the delivery shows Ukraine that it can win the war against Russia – also with the help of the other arms deliveries.

The CDU politician criticized that the decision had not come earlier. “Of course we welcome this decision, but we regret that it has led to a loss of confidence and a loss of time,” said Kiesewetter. Otherwise, the industry could have already prepared.

Chancellor Olaf Scholz (SPD) is expected to officially announce his decision on Wednesday. He faces a government survey in the Bundestag, and a current hour on tank deliveries is also on the agenda.

Want to Work With the Best Security Solution Provider? 7 Things to Pay Attention to

Art initiative CASE: Artists should be able to make a living from their work

How to Choose an Infrared Sauna?