“Sachertorte” on Amazon: he must not miss out on happiness 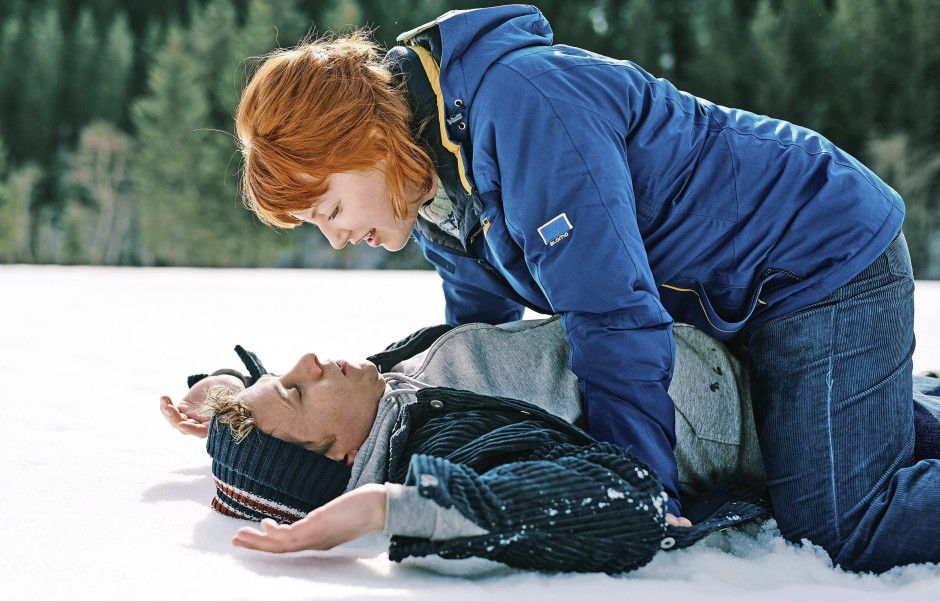 What does a film have to be so shallow that it can become a real Christmas classic over the years? The Amazon production “Sachertorte” puts it to the test, and the result should at least be to the taste of Vienna’s city marketing. As shamelessly as in this romance by Robin Gerost and Stephanie Leitl, only the regional crime thrillers on public television work through the keywords of economic development.

He has to go to the “Café Sacher”

The action, however, begins with Konnopke under the umbrella of the magistrate in Berlin: the young creative worker Karl (Max Hubacher) falls in love with a tourist from Austria’s capital over a “Wiener wurst” and because he does not save the phone number that Nini (Michaela Saba) gave him. typed on his mobile phone on the way to the long-distance bus, he has no other choice – he has to follow immediately. To be more precise: to the “Café Sacher” in Vienna, where Nini supposedly opens every year on her birthday at 3 p.m. sharp.

Said and done. Kalle moves to the Danube. We watch him endlessly as he waits for Nini every afternoon at the “Sacher” between a grumpy waiter, “Herrn Schwartz” (Karl Fischer), and the wealthy conductor’s widow, Fanny Sawallisch (Krista Stadler). And more awaits. And otherwise discovered the city with Miriam (Maeve Metelka), a sweet confectioner who grants him WLAN asylum in another café.

The opera, the Ferris wheel, three shovels of snow

For example, the opera (tears of emotion), the Ferris wheel in the Prater (“Vienna is in a good mood”) or the three shovels of snow in the pre-Christmas scenes that are plagued by climate change in the surrounding area of ​​Vienna (“Show Me Heaven” is on the radio to sing along to). In the remaining hours, our sweetheart sends his Berlin employer, a quiz show supplier who apparently pays handsomely for the simulation of research, questions à la “How often did Maria Callas enrapture the Berlin audience?”, “What was the name of the last emperor of Austria? ’ or ‘What is a Tschecherl?’.

All this without any pep. But with Maeve Metelka, who, with a chubby, rosy smile and big eyes, recites lines of dialogue from yesteryear: “Sometimes when I back up, I forget that there is another world out there.” She is noticeably happy that for the screenplay of the 1960s film called Amazon, and in the scenes with her, the actor Max Hubacher, who became known for a completely different kind of film – Robert Schwentke’s war drama “The Captain” – can better dig out his romantic side.

You can count on five fingers covered in chocolate and jam that Miriam is Karl’s true destiny. But Kalle doesn’t understand it while in the “Sacher” he is spatulating one “delicious”, no, “fantastic” piece of cake after the other, becoming the darling of the staff and giving in to the idea that the brief flirtation with Nini in Berlin was simply because of the common enthusiasm for the Vienna romance “Before Sunrise” with Ethan Hawke and Judy Delpy was a fateful event. Only Matze (Samuel Koch), Karl’s brother, will give the slow-witted man a slap just in time for Christmas and herald a finale that could hardly be more cheesy. “I need your help, otherwise the rest of my life will be just ‘Last Christmas’,” Karl will soon shout in panic. Who says no?

It’s nice how naturally a character tied to a wheelchair is part of the story. Samuel Koch was already studying acting at the time of his “Wetten, dass..??” accident twelve years ago, and since then the paraplegic has appeared in a whole series of plays and films, most recently the drama “Outside in my head”. He can even be seen at the bar during the disco scenes in “Sachertorte”.

And that also contributes to the fact that this feel-good number (director: Christine Rogoll), which basically consists of a one-liner story like the first German film production by Amazon Studios (the party baby comedy “One Night Off”), despite the simple story. “Sachertorte” is a film like a Christmas jumper: you really don’t want to put it on, you find the patterns and motifs embarrassing and you know that it scratches. But if the mood is right, such a sweater fits and warms.

Football World Cup in the live ticker: Qatar against Senegal

The public health impact of the SARS-CoV-2 Omicron subvariant BA.5 relative to BA.2 in Denmark