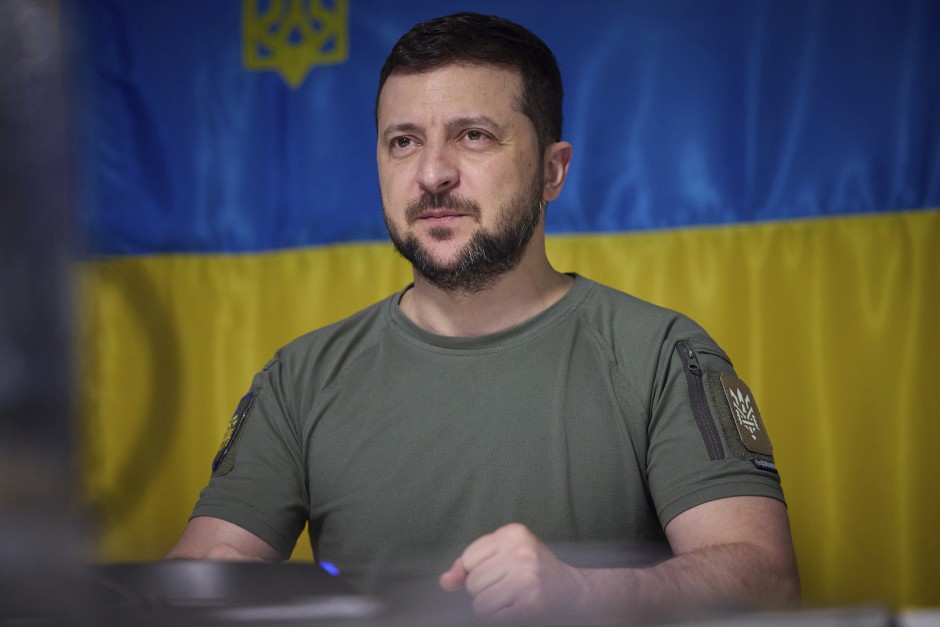 DIn its fight against Russian drone and missile attacks, Ukraine is hoping for the speedy delivery of modern and effective anti-aircraft systems from the West. “This week we made significant progress on the issue of anti-aircraft defense,” said Zelenskyy in his video message distributed in Kyiv on Wednesday evening. He did not give details. According to media reports, the US government is considering supplying the Patriot air defense system to Ukraine. Russia, on the other hand, warned of new threats to global security if Ukraine were to receive the systems.

Zelenskyy emphasized that Ukraine is constantly expanding its air defenses. He said that agreements to strengthen the country’s defense capabilities are being worked on. “And we are doing everything we can to get more modern and more effective systems for Ukraine.” Russia’s armed forces had previously fired drones at Ukraine once again. Zelenskyy reported that 13 Russian drones were shot down on Wednesday morning. “That means 13 spared infrastructure objects, that’s saved lives.”

The Patriot plans have yet to be approved by US Secretary of Defense Lloyd Austin, several US media outlets have reported, citing unnamed government sources. The Patriot air defense system would reshuffle some of the military cards in Russia-attacked Ukraine. It can also repel aircraft, cruise missiles, drones and missiles from a greater distance.

If the reports about the delivery come true, then this will testify to a new “provocative step by the administration (by US President Joe Biden) that can lead to unpredictable consequences,” the Russian embassy in Washington said. “Such a line by Washington not only inflicts colossal damage on Russian-US relations, but also creates additional risks for global security,” it said. Russia began its invasion of Ukraine on February 24 — and considers the United States and other Western countries to be at war over arms supplies to the country.

Russia’s missile and drone attacks are primarily aimed at the neighboring country’s energy infrastructure. After speaking with UN Secretary-General António Guterres, Zelenskyy said the United Nations and Ukraine were working together on a mission to inspect the power plants. Selenskyj complained that Russia was only out for destruction and wanted to reduce everything to rubble and ashes. “There is no peace at the front.” At the same time, the President reported that another 64 Ukrainian officers and soldiers had been released from Russian captivity.

After a conversation with IOC chief Thomas Bach, Zelenskyj called for Russia to be permanently banned from international sporting events. “A fair answer for a terrorist state can only be its complete isolation in the international arena,” said Zelenskyj on Wednesday after the phone call with Bach. The principles of the Olympic Movement are not compatible with those of a “terror state”. Russia should not be allowed to use sporting events for its propaganda purposes.

Since the beginning of the war, 184 athletes have been killed by Russian actions, Zelenskyy said. There should therefore be no way back into world sport for Russian representatives. The silence of the athletes, coaches and sports officials in Russia encourages aggression, Zelenskyj justified his demand. The Russian leadership, on the other hand, repeatedly emphasizes that sport and politics should be kept separate. The giant empire relies on allies in Asia, India and Latin America not loudly condemning the war and not supporting Western sanctions.

The European Union, meanwhile, failed to persuade the Association of Southeast Asian Nations (ASEAN) to unanimously condemn Russia’s war of aggression against Ukraine. The final declaration of the first major summit meeting of the two organizations in Brussels on Wednesday merely stated that most of the participating states condemned Russia’s aggression against Ukraine in the strongest possible terms.

Diplomats cited the position of Vietnam, Laos and Thailand as the reason. These three countries also abstained from the last major vote on a UN resolution critical of Russia’s war.

Chancellor Olaf Scholz (SPD) said at a press conference in the evening that it was known that countries that did not support the resolution also considered the war to be unjust. This is a good starting point for what you have planned. “No state has the right to invade another and nuclear threats are unacceptable,” he said.

What will be important on Thursday

The heads of state and government of the EU states are discussing further military and humanitarian aid for Ukraine at the last regular summit of the year in Brussels. In view of the pressure from sanctions, Russian President Vladimir Putin wants to hold a video conference with officials once again to deal with the country’s strategic development in the technology sector, as the Kremlin announced.

Six Futuristic Gadgets To Get For Your Smart Home

What Are The Teardrop Banners in Melbourne?