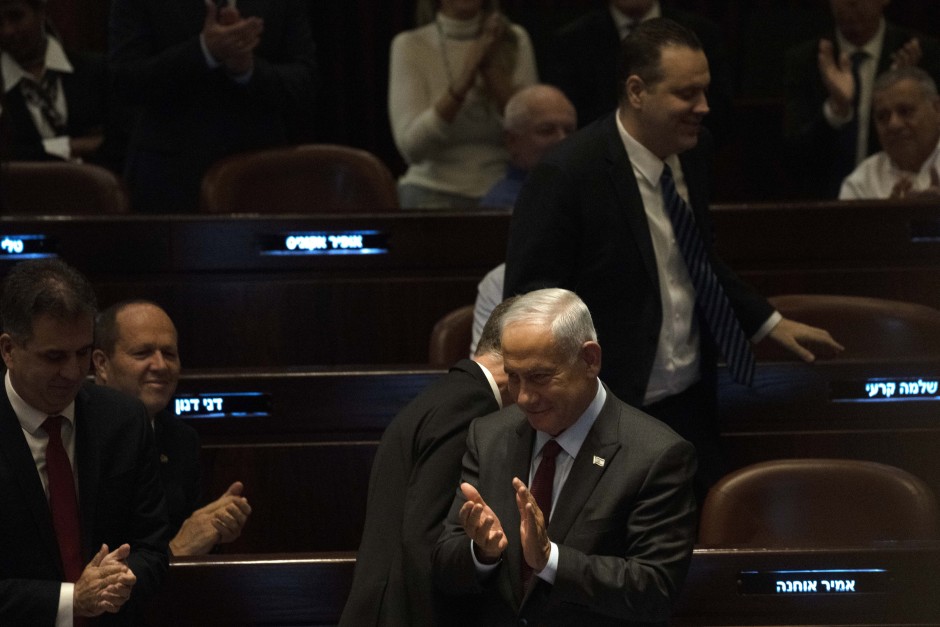 IIsrael’s designated Prime Minister Benjamin Netanyahu has succeeded in forming a right-wing religious coalition government. This was announced by the chairman of the right-wing conservative Likud party to President Izchak Herzog on Wednesday evening shortly before a deadline, as a spokesman confirmed. The new government must be sworn in by January 2nd. Negotiations between the future coalition partners were still ongoing.

For the first time in Israel’s history, extreme right-wing forces will also be involved in the government. In addition to Netanyahu’s right-wing conservative Likud party, the far-right Religious-Zionist Alliance and two strictly religious parties will be represented in the coalition. It is the most right-wing government Israel has ever had.

The new government wants to implement far-reaching political changes – which could also play into Netanyahu’s hands in his current corruption trial. A number of controversial legislative changes have already been introduced that are considered a prerequisite for a joint coalition agreement.

The fifth election in three and a half years

Netanyahu’s camp won 64 out of 120 seats in the November 1 election. It was the fifth election in Israel in three and a half years. The former long-term prime minister is returning to power after a year and a half in opposition. In Israel’s history, no one has held office longer than he. The 73-year-old right-wing conservative politician was Prime Minister from 1996 to 1999, then again continuously from 2009 to 2021.

With his replacement last year, the Netanyahu era was initially considered over. However, the eight-party coalition of his successors broke up in June due to internal disputes. The liberal Future Party of outgoing Prime Minister Jair Lapid came second in the election with 24 seats.

Netanyahu’s ultra-right coalition partner Bezalel Smotrich announced a radical program ahead of the election, which could also result in Netanyahu’s trial being overturned. He wants to significantly weaken the judicial system. Smotrich is also considered a fervent advocate of settlement expansion in the occupied West Bank. In the future, his party is to have far-reaching influence in the administration of the West Bank and is striving for the legalization of further settlements.

The new government also wants to introduce what is known as an overcoming clause. This would allow a majority of the Knesset to pass laws even if the Supreme Court deems them illegal. Experts warned that the implementation would de facto end the separation of powers and jeopardize Israel’s democracy. In the past, the right-wing religious camp had repeatedly accused the court of activism and interference in political decisions.

Tips To Choose A Professional For Carpet Cleaning Services

Committee of Inquiry: Why the crisis team in the Ahr Valley failed