Shots in Essen: Reul speaks of an “attack” on the rabbi’s house 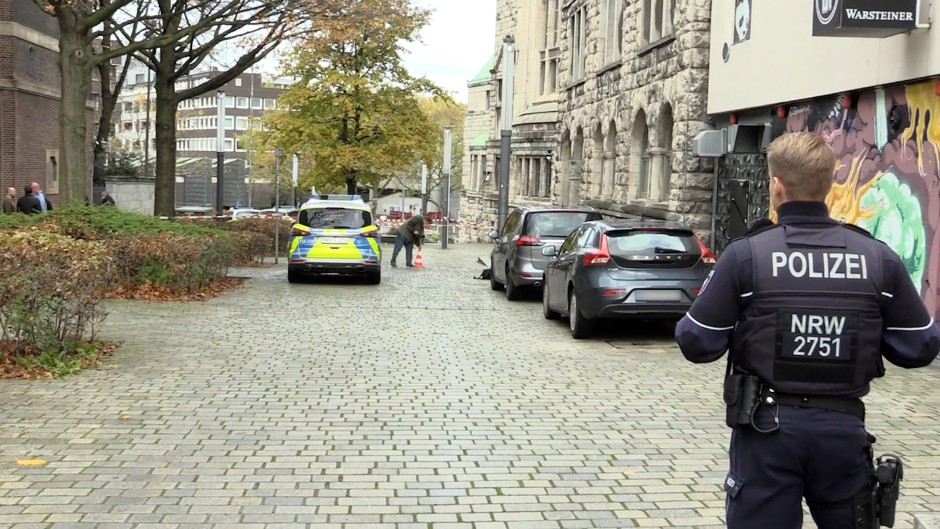 An explosives detection dog was in use and an investigative commission had been set up. As the FAZ learned from security circles, a previously unknown perpetrator fired the shots at around 11:40 p.m. A total of four bullet holes were found.

The crime is said to have been recorded by surveillance cameras. A male shooter can be seen in the pictures, who is now being searched for. However, a police spokesman restricted: “The quality of these recordings is extremely poor.” The North Rhine-Westphalian Minister of the Interior drove to the crime scene on Friday morning to speak to community members and investigators.

According to a police spokesman, witnesses reported the bullet holes around 8:30 a.m. on Friday. According to the police spokesman, the shots hit a glass front door. The frame was damaged and shots were fired through the pane. Based on the evidence, it is now clear that it was a live firearm.

Reul said: “The attack on the old synagogue in Essen shakes me deeply.” The Jewish community in Essen can “rely on the fact that we will do everything we can to identify the perpetrator as quickly as possible”.

North Rhine-Westphalia’s Prime Minister Hendrik Wüst (CDU) wrote on Twitter that the shots at the synagogue shocked and appalled him. One stands by the side of the Jews in North Rhine-Westphalia and protects them against hatred and violence. “Jewish life is part of our country, part of us – today and every other day,” he wrote. NRW Economics Minister Mona Neubaur (Greens) wrote on Twitter that the incident unfortunately once again painfully demonstrated “that our efforts to protect Jewish life must not be reduced”.

According to a city spokeswoman, the rabbi’s house is not used by the Jewish community. It is – structurally not separated from it – directly next to the synagogue building. According to the city, the Salomon Ludwig Steinheim Institute for German-Jewish History with archive and library as well as rooms of the University of Duisburg-Essen are housed in the Rabbinerhaus. The Salomon Ludwig Steinheim Institute researches the history and culture of Jews in German-speaking countries.

“Continue to stand up against anti-Semitism”

Today the Old Synagogue is the House of Jewish Culture in Essen, a cultural institute in the city. The place of worship for the city’s Jewish community is the new synagogue just outside the center. According to a city spokeswoman, the Old Synagogue has exhibitions and events on Jewish history. The religious community also meets there on special occasions, for example to commemorate the pogrom night of November 9, 1938. At that time, the old synagogue and the rabbi’s house were set on fire and the interior destroyed. Due to an abstract danger, the police are always on site during the opening hours of the Old Synagogue – as is usual with objects with a Jewish connection.

Essen’s Lord Mayor Thomas Kufen (CDU) said on Facebook: “This news upsets me very much!” The Greens member of the Bundestag for Essen, Kai Gehring, said: “The disgusting attack must be clarified as quickly as possible and completely.” It needs continuous protection of Jews institutions and a consistent, broad – civil society as well as political – fight against anti-Semitism. NRW Integration Minister Josefine Paul (Greens) wrote on Twitter that the act shows “that we must not let up in protecting Jewish life and fighting anti-Semitism.”

When the winegrowers dance on the volcano

How do I explain it to my child?: What a cold has to do with cold

When and where is the 2022 World Cup Take Place?

Is Winch a Wordle Word Explaining the Topic