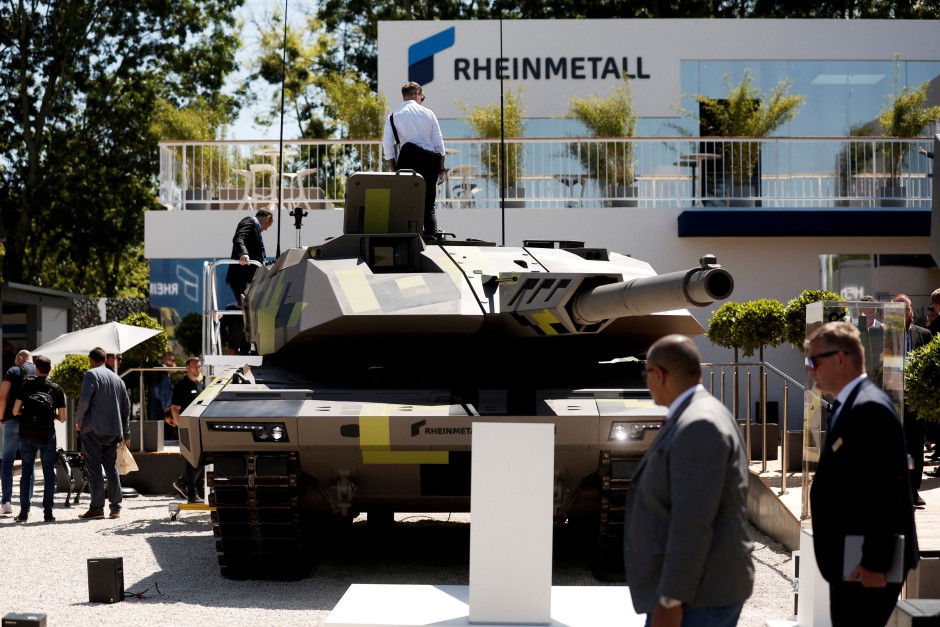 2In 021, the 100 largest armaments companies in the world sold weapons and military services worth 592 billion US dollars (about 563 billion euros), as the Sipri peace research institute announced in Stockholm on Monday. This corresponds to an increase of 1.9 percent compared to 2020, sales grew for the seventh year in a row. In the second year of the corona pandemic, German gun manufacturers also recorded, in some cases, significant increases.

Despite the upward trend, sales increased less than during the four years before Corona, according to the report. The experts attributed this to disruptions in global supply chains caused by the pandemic, among other things. These included shipping delays and bottlenecks in essential materials. Had it not been for the ongoing problems, there might have been greater growth in 2021, explained Sipri researcher Lucie Béraud-Sudreau.

According to the peace researchers, some companies such as Airbus and General Dynamics also lack workers. Because of Russia’s attack on Ukraine, it is to be expected that the problems will worsen in the future. Last but not least, Russia is an important supplier of raw materials for armaments production.

As in previous years, the most important arms sellers in 2021 came from the USA. 40 gun manufacturers from the United States are represented this time in the annual ranking. They sold $299 billion worth of weapons, accounting for just over half of global sales. The US company Lockheed Martin alone made sales of 60.3 billion US dollars (about 58 billion euros) and thus ranks first.

Companies from China accounted for the second largest global market share with 18 percent, followed by Great Britain (6.8 percent). According to Sipri, the eight Chinese armaments companies represented in the ranking had an estimated turnover of 109 billion US dollars (about 104 billion euros) last year. That was 6.3 percent more than in 2020. China is modernizing its military equipment and trying to become self-sufficient in the manufacture of large weapons, the experts said.

Russia’s arms sales also rose somewhat. The six Russian companies in the ranking achieved sales of 17.8 billion US dollars (about 16.9 billion euros) in 2021, 0.4 percent more than in the previous year. According to the peace researchers, Russia is currently having problems with production, among other things because of war-related sanctions by the USA and the EU. The 27 European companies in the “Top 100” ranking sold arms and armaments worth 123 billion US dollars (about 117 billion euros). Due to the Russian war of aggression against Ukraine, their sales are likely to grow again this year, it said.

The four German companies Rheinmetall, ThyssenKrupp, Hensoldt and Diehl sold arms and armaments worth 9.3 billion US dollars (about 8.9 billion euros) last year, 5.6 percent more than in the previous year. According to Sipri, Rheinmetall remained the largest German arms manufacturer with sales of 4.5 billion US dollars (about 4.3 billion euros). Overall, the sales of German companies accounted for 1.6 percent of the arms and armaments sold worldwide.

Economic situation in the USA: America is on the brink of recession

Technology as a superpower: A Graham exec’s take