The Angoulême comic festival cancels an exhibition under public pressure 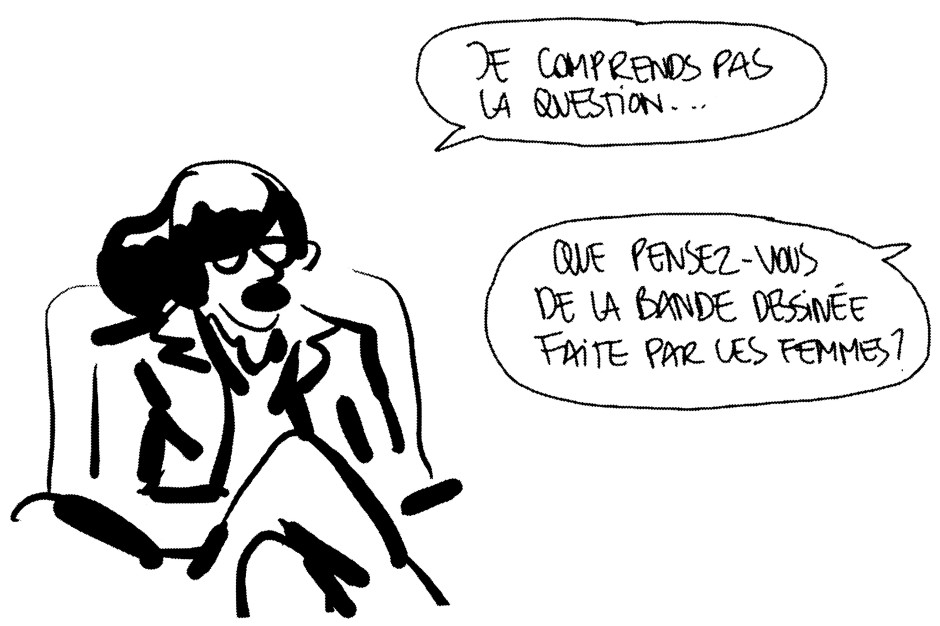 Dhe Festival international de la bande dessinée in Angoulême, the pinnacle of the French comics year, is approaching (26th to 29th January) and it is the jubilee year: for the fiftieth time. So it is extremely inappropriate that one of the planned main events is now subject to heated debate: the work exhibition that was to be dedicated to Bastien Vivès.

The thirty-eight year old is one of the most prolific and innovative draftsmen of his generation. He became known with “The Taste of Chlorine” (2008), “Polina” (2011), “A Sister” (2017, recently also filmed) and its Corto Maltese sequel “Black Ocean” (2021). Vivès moves confidently between genres, covering a wide spectrum between crime, superhero manga (“Lastman”, since 2013), erotica and educational narrative.

A talent, no doubt. But also a border crosser and polemicist who, with late-pubescent exuberance, tries out what is still allowed to be drawn. A preference for large bust sizes is noticeable in his comics. And anyone who ventures into dedicated erotica will encounter something provocative: Vivès is accused of pedo-pornography. “Petit Paul” (2018), for example, shows a ten-year-old boy with an oversized penis that arouses desire in the female characters. The volume was not censored, but book wholesalers Gibert Joseph and Cultura do not distribute it. “Petit Paul” is not an isolated case, but continues earlier depictions of childlike, sometimes incestuous sexuality, for example in the volume “Les Melons de la colère” or “La Décharge mentale” from 2018. These volumes were not even published in German.

Vivès’ statements on these aspects of his work are dubious. Basically, he tries to make the compensatory argument, for example in an interview: “Since I won’t commit incest in real life and since I don’t have an older sister to do it with, I do it in my books.” Art as a means of self To imagine things that one would never dare to imagine – in 2005 Vivès searched a forum for a pedophile manga (the net never forgets). But there are also limits to the imagination, which he is obviously not aware of; they are based on the difference between private imagination and artistic (i.e. public) representation. In addition, there is a suspicion that imagination could encourage practice.

Vivès, who often appears in a rowdy manner on social networks, has fallen out with the feminist wing of his profession. He described the style of drawings about gender unequal workloads as childish on Facebook, and the author Emma as a “Mongoloid idiot”. He wanted to see their supporters monitored and wished Emma Bad: “I’d like one of her brats to stab her and make a comic about how he stabbed her and that he’s sodomized with every like.” There’s no regrets.

Nobody knows what the exhibition would have shown

In the exhibition “In the Eyes of Bastien Vivès” none of the sensitive works would have been shown. Deviating from the principle of a retrospective, Vivès was given “carte blanche”, he was able to curate the exhibition to his liking and created new drawings himself; what these show is not known. His critics primarily attack earlier publications and the public persona, as Vivès would have been a central representative of the festival’s anniversary edition.

Arnaud Gallais, member of the Independent Commission on Incest and Sexual Violence Against Children (Ciivise), has launched the online petition “Pedophile crime: For the cancellation of the Bastien Vivès exhibition at the Angoulême Comics Festival”; by Thursday morning it had collected 110,000 signatures. Several celebrities, such as feminist Caroline De Haas and actress Andréa Bescond, support her; a second, smaller signature campaign was added. Insults and serious threats followed; Vivès reserves the right to press charges.

The threats, also against the organizers, are the official reason why the exhibition has now been cancelled. “Security concerns,” the festival said in a statement, went so far that physical attacks were feared. In doing so, it is deviating from its line of upholding freedom of expression.

His communication strategy is also not very convincing, as the context shows: only two out of ten planned exhibitions are dedicated to female authors – Vivès’s seemed like the icing on the cake. All in all, it is surprising that France’s avant-garde, cosmopolitan comics scene is currently behaving like an encapsulated niche culture.