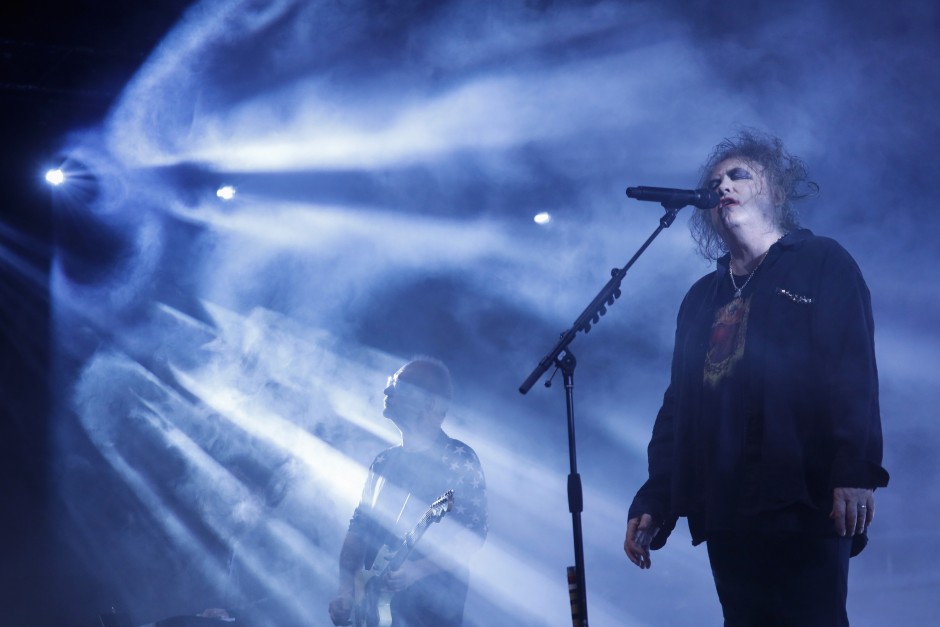 The Cure and their frontman Robert Smith, here at a concert in Barcelona in November 2022, are still wowing the crowds 44 years after the band formed.
Image: EPA

Rare and true: With a more than two and a half hour journey through their repertoire, the British band The Cure thrilled the audience in the Frankfurt Festhalle.

Greal lightning flashes in the dark, rain and thunder booms from huge speakers – a violent thunderstorm is brewing. Possibly even a harbinger of a deluge? Many a concert-goer instinctively takes cover. In the midst of this audio-visual preparation for catastrophe, The Cure leisurely stroll onto the stage of the Frankfurt Festhalle, which is downright overloaded with equipment.

Robert Smith was the last to arrive. He waddles into the limelight with an inimitable gait. And as the only one, the founder, namesake, singer, composer, lyricist, multi-instrumentalist as well as the last original member of the legendary British band, shimmy along the front edge of the stage. He scrutinizes the audience with an intense gaze, pausing every few meters, making a slight bow and touching his heart, as if he couldn’t believe that the hall was full up to the second tier. Later, the otherwise rather taciturn Smith will say about the hall: “I remember this place. It’s pretty unforgettable!

Peter Fischer re-elected as President: The Guardian of Harmony

Windhorst should explain himself: Hertha and the detectives