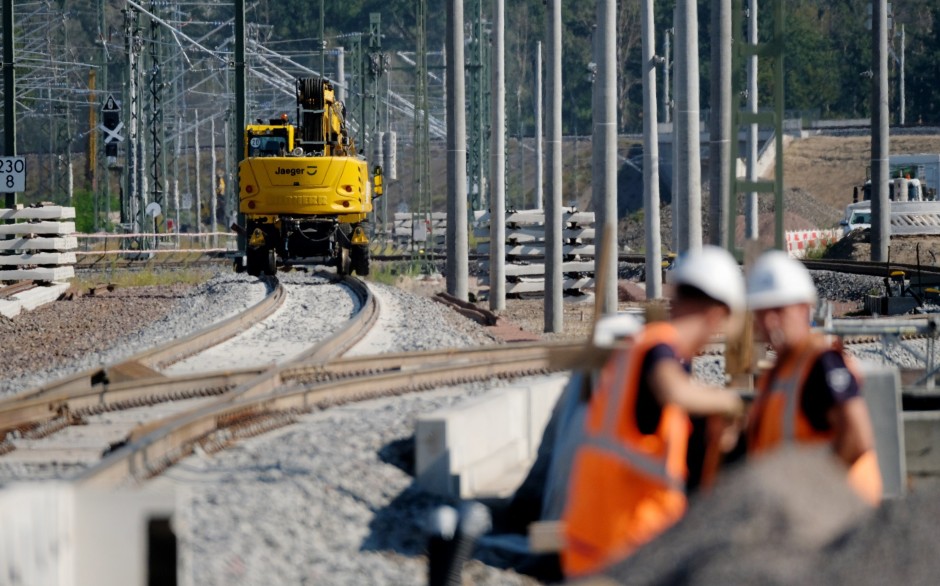 fPassengers on the busy Berlin-Hamburg railway line will have to be prepared for longer travel times and restrictions for around six months in 2025. Between June and December 2025, the railway wants to completely block and rehabilitate the 280-kilometer route, as the group announced on Friday.

During the six-month construction work, tracks, switches, overhead lines and signal boxes are to be modernized. According to the report, stations are to receive new platform roofs, weather shelters and signage systems. Accessibility should be improved. In Hagenow-Land and Wittenberge, the track infrastructure is being expanded to create overtaking opportunities for trains. The entire corridor is also to be equipped for digital rail operations, for example via the ETCS train control system.

The railways are setting up diversions for long-distance and freight traffic. During the renovation phase, the trains are to run via Uelzen, Salzwedel and Stendal as well as via Hanover. “Depending on the detour route, travelers have to plan between 45 and 105 minutes more time,” it said. In regional traffic, replacement traffic should be on the move on the affected sections.

Deutsche Bahn also wants to renovate the Emmerich-Oberhausen route in North Rhine-Westphalia, which is important for freight traffic. The 72-kilometer section is part of the European connection between Rotterdam and Genoa and cannot be closed for a longer period of time, it said. “Therefore, the renovation will be carried out between November 2024 and June 2026 with scheduled closures and with predominantly single-track operation based on the agreements made with the Netherlands.”

Both corridors are “central building blocks in the future high-speed network,” said Deutsche Bahn boss Richard Lutz on Friday. The aim is to attract even more people and companies to the railways by renovating the most important corridors. The infrastructure of the railway is completely overloaded in many places and in great need of renovation. As a result, the trains are less reliable and less punctual than they have been in years due to the large number of small-scale construction projects. In the summer, Deutsche Bahn therefore announced the so-called general renovation of its network and identified several corridors with a particular need for modernization.

Instead of countless individual measures that have repeatedly slowed down traffic on these routes over the years, the corridors are now to be completely closed and modernized for a limited period of time. As a result, no more construction work will be necessary there in the foreseeable future and trains will be able to run without restrictions.

The first modernization project will start in 2024 on the Frankfurt/Main and Mannheim route, the so-called Riedbahn. By 2030, Deutsche Bahn wants to renovate at least two more corridors per year, including the sections that have now been announced. From Deutsche Bahn’s point of view, the renovation of the first corridors should already relieve the entire network, because everything is connected in long-distance traffic.

Criticism of the concept came on Friday from the freight rail association, the European Network of Railways (NEE), in which the railway’s competitors in rail freight transport are organized. “Nothing has been agreed in the sense suggested here,” said Vice Chairman Sven Flore.

In a statement on the corridors to the railway, the association criticizes, among other things, the foreseeable simultaneity of the construction work on the Riedbahn and on the Oberhausen-Emmerich route. The choice of the route and the period was “not conclusively justified”. According to its own statements, the association also doubts that the diversion concepts, for example for the Berlin-Hamburg corridor, are realistic.

Johannes Voigtmann before the European Basketball Championship: “We need an identity”