Staged collisions in Canada remain a significant concern for auto insurers, particularly in the Greater Toronto Area, where many interconnected players can make these operations difficult to infiltrate, an industry expert said at KPMG’s 2022 Insurance Conference last week.

Violent tow truck turf wars across the GTA were in the news recently with York Regional Police’s Project Platinum. The investigation probed allegations of organized crime involvement, staged collisions and extensive insurance fraud, as well as charges of murder, attempted murder and arson.

In some staged collision investigations, tow truck operators act as the “facilitators,” said Bryan Gast, vice president of Équité Association’s investigative services division. “They are either orchestrating the collision itself, of they are having first conversations with the people who are involved.”

This involves trying to get either party “to take their tow, go to their storage yard, go to their body shop, go to their clinic [with which the tow truck operators] are affiliated, talk to their paralegal, rent their rental from their car [agency and] script what they’re to say at the collision reporting centre. [Criminals] facilitate them through the whole process.”

Kas Rehman, partner of forensic and dispute advisory services with KPMG in Canada, built on Gast’s comments during the session, The fight against insurance fraud and financial crime in Canada. The scam goes “all the way down the chain,” he observed.

“What’s more surprising is the medical community, the physio clinics are…providing information that support someone’s injury claim, which insurance companies are paying for,” Rehman said. “They’re all in this to get payout together, ultimately, and it makes it a pretty tough case to crack if all these folks are in.” 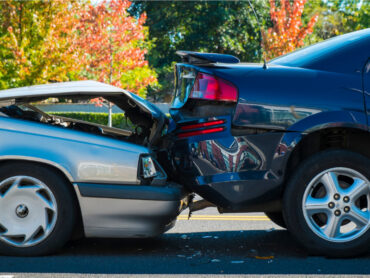 Gast agreed, saying these operations can be difficult to infiltrate and get the required evidence unless there is a whistleblower or clear evidence.

What makes the current claims environment so challenging?

Part of the problem too is that “legitimate work” can be co-mingled with false claims. For example, a legitimate claim could be inflated: the claimant could be have no injuries but billing and medical reports support significant injuries. “What may have been a little fender bender is now near a total loss,” Gast said.

Staged collisions used to happen “in the back of the body shop,” with criminals ramming vehicles into each other. But technology and GPS can now show speed, impact and other identifying factors.

“Now, [criminals are] actually having [collisions] occur in intersections,” Gast said. “They’re actually going through the motions, having a collision at a remote intersection that there may or may not be cameras at or won’t be cameras at. There are no businesses around capturing the collision. Now it’s just their word against everybody else’s.”

Sue Ling Yip, partner of risk consulting and financial crimes practice with KPMG in Canada, asked whether criminals look for insurers who don’t have adequate controls against fraudulent claims.

“Absolutely, and that’s exactly what they’re doing,” Gast replied. “They’re testing. They put some claims in. If they get away with it, then they’ll ramp up. At some point, they get greedy.”

Gast retired from the Ontario Provincial Police in 2019 after 30 years. He said organized crime groups often target the P&C industry, the Ministry of Health and other organizations “all together at the exact same time, looking for vulnerabilities within those organizations.”

Although staged collisions remain significant, especially in the GTA, Gast said Équité Association is now starting to see commercial property crimes such as staged water losses. In these scams, tow truck companies are affiliated with environmental clean-up companies, working together to stage hundreds of thousands of dollars of fraudulent claims.

“If you’re going to commit an arson, you’re going to have a very detailed criminal investigation,” Gast said. “That… would be a hurdle as a criminal – you have your fire marshal, you have all of the steps in place for that. When it comes to a water loss, investigation by law enforcement is pretty much non-existent. So, it’s a great opportunity for the criminals to take advantage of.”

What makes the current claims environment so challenging?

7.5 billion of Russian assets have been frozen in Switzerland

Football and torture at the 1978 World Cup: old comrades in Argentina

What is the SARS-CoV-2 transmissibility among United States residents?

Selenskyj prepares the population for a harsh winter

How Lingerie Companies are Empowering the Body Confidence Movement