Trip to Washington: The US Congress cheers Zelenskyj 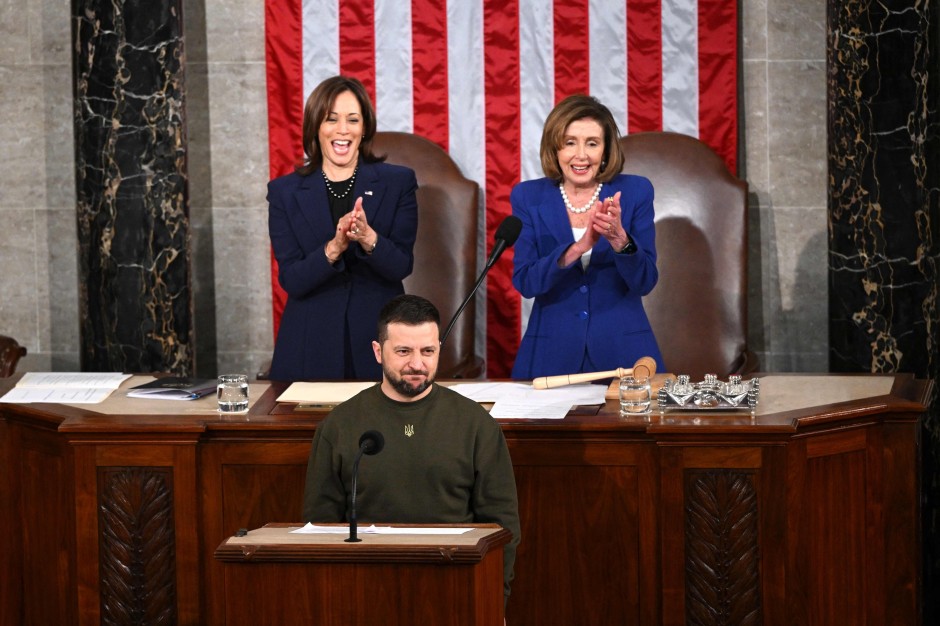 uukrainian President Volodymyr Zelenskyj was received in front of the US Congress in Washington with immense jubilation. “Despite all odds and doomsday scenarios, Ukraine did not fall. Ukraine is alive and well,” said Zelenskyy in a speech classified as historic on Wednesday (local time) before the two chambers of parliament, with a view to Russia’s invasion of his country. “Russian tyranny has lost control of us,” the 44-year-old continued. Ukrainians are not afraid – and no one in the world should be. “They have a lot more missiles and planes than we’ve ever had, that’s true, but our defenses are standing.” Ukraine will never capitulate.

The struggle will also determine whether there will be democracy for Ukrainians and for Americans. “It cannot be ignored in the hope that the ocean or something else will provide protection,” he continued, to repeated applause.

Zelenskyj demanded more heavy weapons from the United States. “Ukraine has never asked American soldiers to fight in our place on our land. I assure you that Ukrainian soldiers can perfectly operate American tanks and planes themselves.” The artillery delivered so far is not enough. “Your money is not charity, it is an investment in global security and democracy, which we will manage in the most responsible way.”

Zelenskyj had already given a video address to the US Congress in March. At that time he had called for the establishment of a no-fly zone to protect Ukraine.

Visit to the White House

Before his speech in Congress, Zelenskyj met American President Joe Biden. He assured Kyiv the support of the United States “as long as it is necessary”. The fight in Ukraine is “part of something much bigger,” Biden said. “The American people know that the world would certainly face worse consequences if we stood by in the face of such blatant attacks on liberty and democracy and the fundamental principles of sovereignty and territorial integrity,” Biden said at the White House.

“You will never stand alone,” he assured. “The American people have been with you every step of the way, and we will stand by your side as long as it is necessary.” The United States and its allies are committed to helping the brave Ukrainian people defend their country against Russia — how however long that will take. He has never seen NATO and the European Union so united. “And I don’t see any signs that that’s going to change. We all know what’s at stake here — the idea of ​​sovereignty, the UN Charter,” Biden said.

Poland and the EU: Duda stops solution in the dispute over the rule of law

Poland and the EU funds: Warsaw could lose 76 billion euros