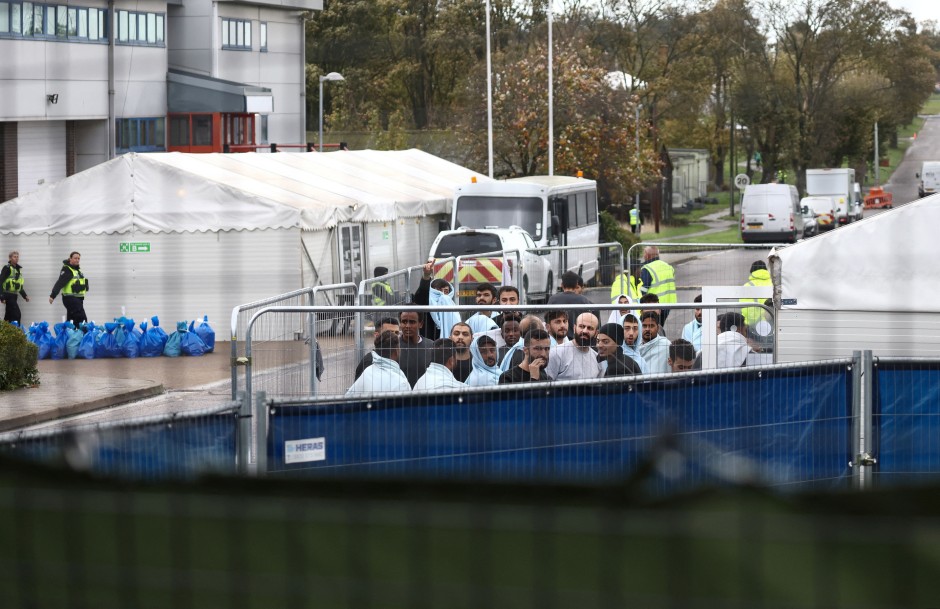 DAccording to a report, the British government has illegally held migrants in deportation centers for weeks. This emerges from internal emails from the Home Office in London, as reported by the BBC on Wednesday. According to this, between 450 and 500 people from the Manston initial reception center on the English Channel, which was completely overcrowded in the autumn, were brought to the deportation centers and had to live there under prison conditions for weeks. However, the people should have been detained for a maximum of five days.

The illegal practice came to light through internal emails obtained by the BBC through a so-called Freedom of Information Request. In it, employees of the Ministry of the Interior expressed concerns and called for people to be accommodated in hotels as soon as possible. The correspondence dates from early November, shortly before Secretary of the Interior Suella Braverman visited the then hopelessly overcrowded Manston Initial Reception Facility. Reports about unsustainable hygienic conditions in the refugee home caused a stir at the time.

The Interior Ministry justified its action with an unprecedented number of boat migrants who would have put the asylum system under “huge pressure”. The employees worked “restlessly” to accommodate the people in hotels or other accommodation. The number of people crossing the English Channel in small boats reached a new high this year at more than 44,000.

Differential Pressure Transmitter: What Is It and How Does It Work?

Biden: “The corona pandemic is over”