Verdict against Ekrem İmamoğlu: This is a mafia regime 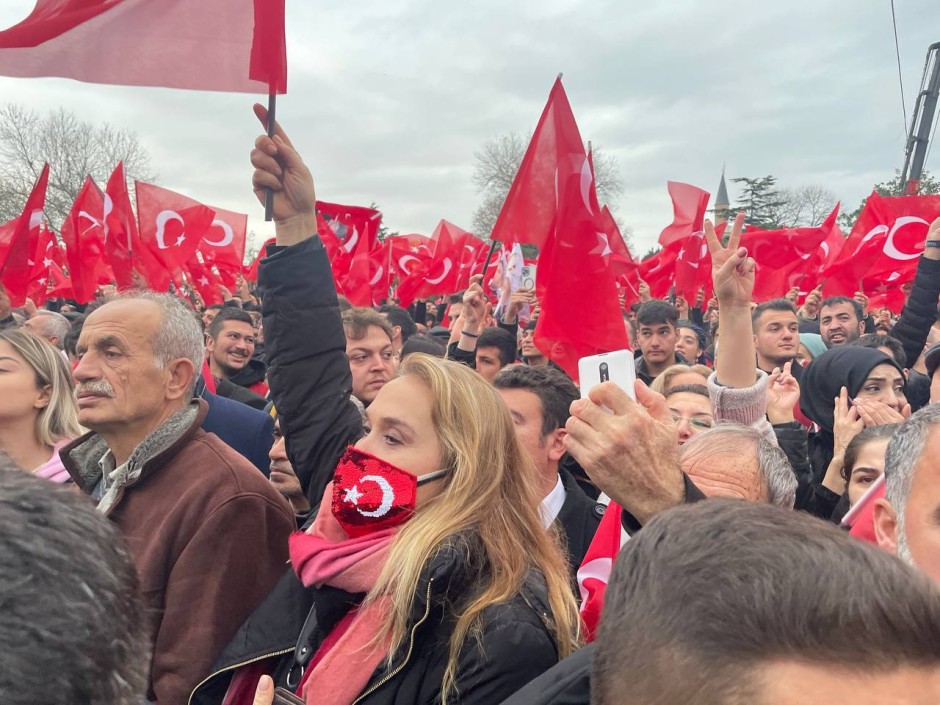 II have been a journalist for more than 26 years. I have never set the title first for a report or an article. First I state the facts, then I preface the text with a few words that I think sum it up best, going from the particular to the general instead of the other way around. But it was different with this text, the first sentence that came to mind when I heard the court verdict became the headline by itself. With this start, you can probably already imagine it: President Recep Tayyip Erdoğan used a legal coup to eliminate Istanbul Mayor Ekrem İmamoğlu, who allegedly would have run against him in the June 2023 elections.

İmamoğlu won Istanbul in the 2019 local elections after Erdoğan’s political line had ruled the city for 25 years. Erdoğan didn’t want to accept the election results and pressed the High Electoral Council so that the March elections, which İmamoğlu had won by a margin of 18,000 votes, were annulled. However, the repeat of the election in June 2019 turned into a much more massive defeat for Erdoğan. This time, İmamoğlu overtook Erdoğan’s candidate by 800,000 votes to win the mayoral post for the second time. In the past, Erdoğan had often said: “Whoever loses Istanbul also loses Turkey.” Now he did everything in his power to bring back the municipality with its voluminous budget and great influence. First, he restricted the mayor’s powers and cut his budget, he even grabbed the funds that had been collected during the corona pandemic to help the population. But the pain of losing Istanbul didn’t go away.

Despite opinions to the contrary

He soon had a political ban imposed on Canan Kaftancıoğlu, the Istanbul chair of the opposition leader CHP, whose successful election campaign had ensured victory in Istanbul, because of several tweets that were several years old. Then came the turn of Ekrem İmamoğlu, whose popularity continued to rise during his tenure. Erdoğan was looking for an excuse to kick out İmamoğlu, who had become his most feared competitor in the presidential elections. The palace took a statement that he made after the cancellation of the elections as an occasion. After the AKP’s second election defeat, its Interior Minister Süleyman Soylu called İmamoğlu a “fool”. Asked about his reaction to this, İmamoğlu parried Soylu’s failure: “Fools are those who annulled the March 31 election.” Erdoğan’s judiciary then moved and demanded that İmamoğlu be punished because he did not insult Soylu with these words but the High Electoral Council, which had confirmed the annulment of the election.

A sentence of more than two years in prison would automatically mean that İmamoğlu would be banned from politics. The first judge on the case said that İmamoğlu’s answer to the word “fool” was not referring to the High Electoral Council but to Minister Soylu. The judge was immediately removed for failing to comply with the government’s request after more than two years in prison. The next judge then did what was necessary at the trial the day before yesterday. Despite opinions to the contrary from three law professors specializing in criminal law, he imposed a prison sentence of two years, seven months and fifteen days on Ekrem İmamoğlu, thus enabling the ban on politics.

A grip on the budget

In my interview with him for the FAZ shortly after his election victory in 2019, İmamoğlu had said when asked whether he would run for the presidential elections in 2023 to govern Turkey: “At the moment my sole focus is on Istanbul as mayor with the best possible success to rule. What comes after that is at the discretion of the public.” It actually happened as predicted at the time. Since his double victory in 2019, despite all attempts to hinder him, he has successfully pursued local politics and won the sympathy of a wide variety of circles, from Islamists to socialists. With more than the 54 percent behind him that he got in the new election at that time, he became the strongest presumptive candidate for the presidential election.