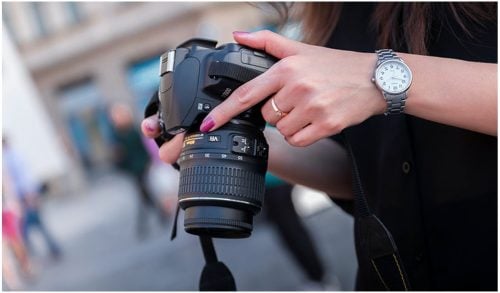 There could be many reasons why a DSLR camera stops recording. One reason could be that the memory card has limited space and probably has a slow transfer rate. Sometimes it is because the buffering takes too much time and the camera’s processor cannot handle it.

You may get tense about why does my DSLR camera stop recording video automatically. There are some reasons for this problem.

Why does my canon camera stop recording automatically?

Certain Canon DSLRs have time limitations for video recording. After 30 minutes, the camera will stop recording. There are many theories as to why. The camera may need to be kept from overheating. Canon may want to preserve its competitive advantage with its cinema camera line over its hybrid DSLRs.

An external camera recorder such as the Atomos Ninja V can capture a recording lasting over 30 minutes. Another thing to check is whether the camera has auto power off. This could cause the camera to turn off automatically to conserve power and stop recording.

How long can a DSLR camera record video?

Why do DSLRs have a 30-minute limit?

Camera manufacturers are trying to get around the 5.6% duty on video cameras. DSLRs can’t shoot longer videos because they don’t want to be classified as such.

If you want to know about different camera issues, you can check out filminglab. You will discover how to solve technical issues of a variety of filmmaking equipment there, including cameras, camcorders, and the most recent video cameras and video recorders.

The DSLR camera may automatically pause video recordings for a variety of reasons. Some of these are-

While a camera can record videos for up to 24 hours, it cannot record video for an unlimited amount of time. Each camera has a limit on the amount of video that can be recorded. The majority of Sony DSLRs can record continuously for 13 hours without difficulty. Recording time can be reduced to 3 hours if the mode is set to SSLOW.

The new Canon DSLRs and the mirrorless camera can only shoot a 30-minute video. Canon cameras cannot be used for continuous shooting for longer than 29 minutes and 59 seconds.

The heated camera is a common reason why recording can stop automatically. The DSLR camera may stop recording if it is heated up while you record for a long time. Sometimes it shuts itself down.

An infected SD card could cause your movie recording to stop immediately. If your SD card is infected with one or more viruses, it can cause your video to stop automatically.

Your DSLR camera may not be compatible with the SD card you have inserted into it, which could cause your movie recording to stop automatically.

How do you record more than 30 minutes on a DSLR?

You may be familiar with DSLRs and assume that your maximum recording time is 30 minutes. This will correspond to 25 minutes and 59 seconds if you refer to your manual. This is incorrect in several ways. Although that is the maximum time the camera can record, if you turn it on and hit record, your camera will do a few things differently. It probably records for around 12 minutes.

Use More Than One Camera

You can use multiple cameras if you want to capture hours of footage at a time and have DSLR quality. You can use your camera’s capabilities to shoot in 10-minute bursts with a solid 2-camera setup. You can allow one camera to shoot while the other cools down and replace batteries or cards with the other.

Hack It with Magic Lantern

After you have maximized the camera’s capabilities using the built-in software, you can add programs to enhance your camera further. Magic Lantern, an open-source software program that can be loaded into your DSLR camera’s firmware for more control, is popular.

Why does my Canon camera keep turning off while recording?

The power-saving function is built into your canon camera. The LCD monitor will turn off the power and the camera’s ability to operate for a set amount of time if the user does not use the camera. You may also have a problem installing your camera’s battery, or it may be too low in power.

DSLRs are among the most versatile cameras available. The camera can be controlled from every angle.

If you have a query about why does my DSLR camera stop recording video automatically? You need to know this frustrating problem can be caused by a low-quality or corrupted SD card. These problems also can be triggered by overheating. You can record videos easily with a high-quality SD card.

Interesting Related Article: “15mm or 19mm Camera Base Plates: Which is Better for DSLR Cameras?”

The Best Keyloggers for Windows in 2022

How to use email validation to clean your list

Why Is Buying Instagram Followers The Best Key For Sales

What are the benefits of drawer slides for kitchen? 

Smoking Can Really Weaken the Heart