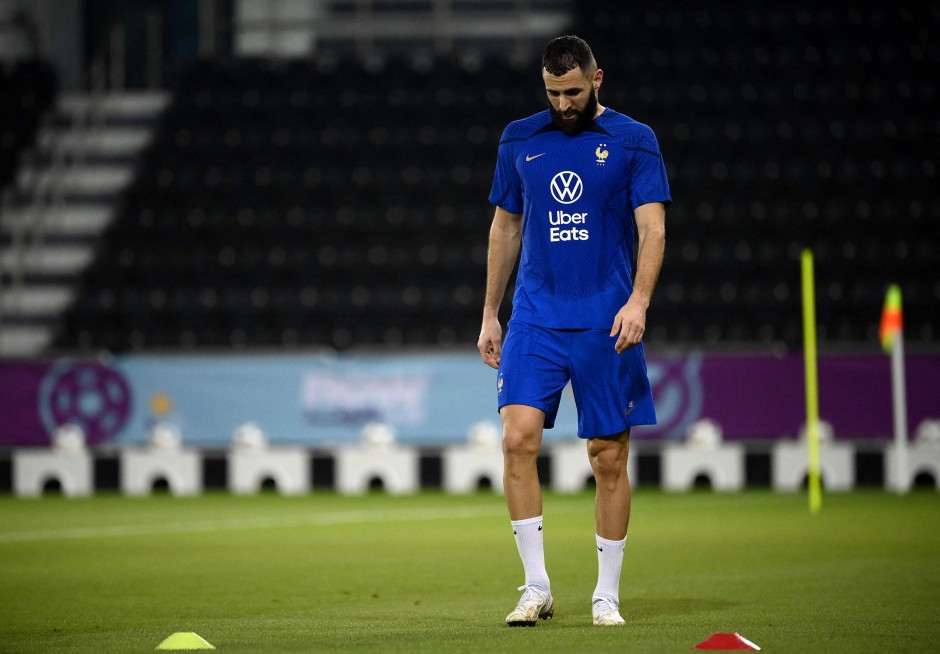 Tith defender France will be without star striker Karim Benzema at the World Cup in Qatar. The 34-year-old Real Madrid professional is out due to a left thigh injury, the French federation announced on Saturday night after investigations.

Benzema had previously felt a sharp pain during training in Doha and had to abandon the session. The Real Madrid attacker is said to have injured his quadriceps and is now sidelined for three weeks.

“I’m extremely sad for Karim, who made this World Cup a big goal,” said national coach Didier Deschamps in a statement from the association. “Despite this repeated setback for the French team, I have full confidence in my team. We will do everything to meet the immense challenge that awaits us,” added Deschamps.

The French start the tournament on Tuesday against Australia (8 p.m. in the FAZ live ticker for the World Cup). Other preliminary round opponents for the French are Denmark on November 26th and Tunisia on November 30th.

For France, the absence of reigning world footballer Benzema is not the first bitter news before the start of the tournament. The 2018 world champion also laments the injuries to the two midfield stars N’golo Kanté from Chelsea FC and Paul Pogba from Juventus Turin. During training with the French national team, the best scorer of the current Bundesliga season, Christopher Nkunku, from RB Leipzig was injured.

On the death of the film historian Ralf Schenk