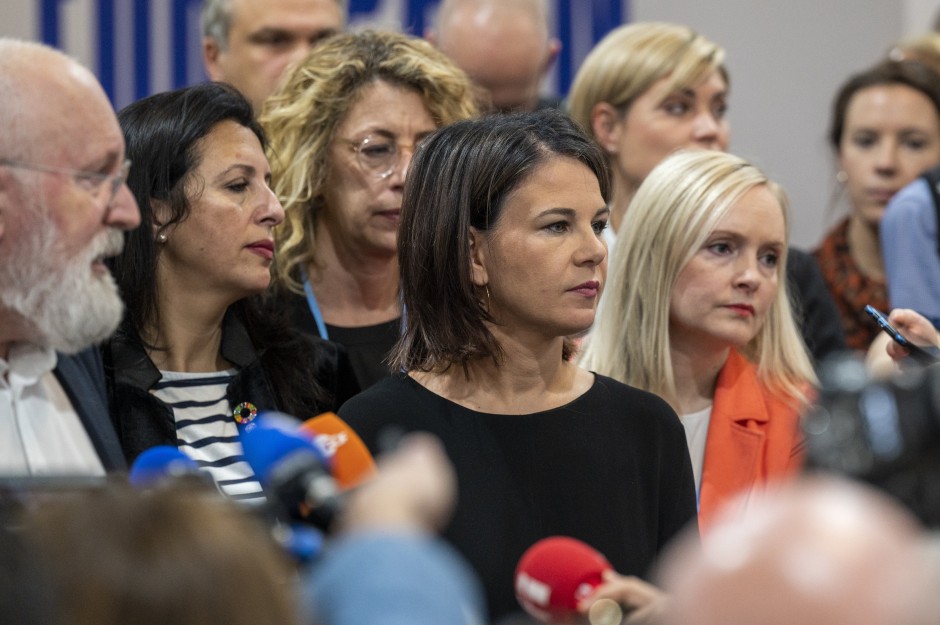 Bhe world climate conference in Egypt, after tough confrontations in the morning, an agreement is within reach. The tough dispute over compensation payments for poor countries, which are particularly hard hit by the climate crisis, has been settled. A new pool of funds is to be set up, as the so-called developing countries in particular have been demanding for a long time. The payments are intended to help cushion the fatal consequences of global warming such as droughts, floods and hurricanes, but also rising sea levels and desertification.

To this end, the fund is to be supplemented by other instruments. It is also planned that the support should be concentrated on particularly endangered states – a central demand of the EU and other industrialized countries.

In Sharm el-Sheikh, however, the only concrete decision to be made is initially to set up a commission to set up the fund, whose recommendations will then be discussed at the next UN climate conference in Dubai at the end of 2023. There are initially no stipulations on the sensitive question of the financial structure and the group of depositors. This leaves open whether the fund should be set up under the umbrella of the UN Framework Convention on Climate Change or the Paris Climate Protection Agreement. The latter could also make it easier for important so-called emerging countries such as China to make payments into the fund.

In the evening, the negotiators from around 200 countries also had an official draft for a final declaration. In the eleven-page paper by the Egyptian conference leadership, all countries are calling for a gradual phase-out of coal. However, the demand of a number of states and climate activists to also stipulate the farewell to oil and gas is not taken up.

Nabeel Munir, Pakistani chief negotiator for the G-77 group of more than 130 developing countries, spoke of an agreement in principle. “I think the current draft of the damage and losses is more or less final,” he told dpa. It is a “good compromise”, even if the wishes of all countries have not been fulfilled.

There were other new templates, among other things, on the climate targets in general and the intended work program for reducing emissions. The goal of limiting global warming to 1.5 degrees is expressly confirmed. It also recognizes that this requires “immediate” and “sustainable” reductions in greenhouse gas emissions. These are expected to fall by 43 percent by 2030 compared to 2019 levels.

The draft work program also calls on states to tighten their emissions targets for the period up to 2030. However, it still contains a formulation that the EU has so far strictly rejected, according to which the program must not lead to new, stricter targets. However, the new wording is less rigorous than in a previous version. The goal of turning away from coal and generally from “inefficient” subsidies for fossil fuels is mentioned, as is the goal of expanding renewable energies.

The Green MEP Michael Bloss criticized the foreseeable result as insufficient. “The climate damage fund is an empty shell,” he said. “It is not clear whether countries like China and Saudi Arabia will pay into the fund or be able to receive money from the fund. If the central questions are not clarified, it will remain a framework without content.”

One Love armband: Only Rewe turns away from the DFB

Can a lesson in bimetallism help the long-term stability of Bitcoin and privacy coins?