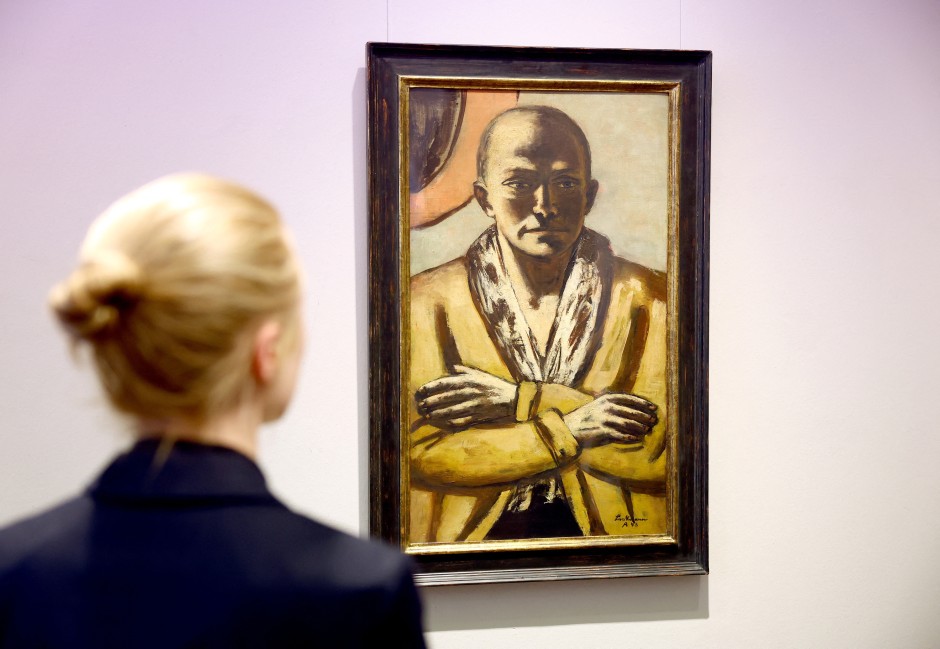 Dhe painting “Self-portrait yellow-pink” by Max Beckmann was auctioned in Berlin on Thursday evening for a record price of 20 million euros. This makes it the most expensive work of art ever auctioned in Germany. The painting is considered a masterpiece of German Expressionism, the estimate was 20 to 30 million euros, according to the Grisebach auction house. It was previously privately owned and replaced Beckmann’s “Die Ägypterin” as the most expensive work of art auctioned in this country, which was sold for 5.5 million euros in 2018. “No comparable work has been offered on the German auction market since 1945,” Grisebach expert Micaela Kapitzky told the AFP news agency before the auction.

The auction started at 13 million and after three and a half minutes reached the highest bid for bidder number 469 in seven-digit increments. According to the auction house, 23.2 million euros have to be paid with the additional costs.

Beckmann’s work of art opened the winter auctions of the famous auction house. It is hoped that further high proceeds will come from other famous paintings, such as those by Otto Dix, Max Liebermann or Egon Schiele and Wassily Kandinsky.

The work by Beckmann (1884-1950) comes from a Swiss private collection. The artist painted the work in 1943 during his exile in Amsterdam, where he had emigrated after the Nazis came to power in Germany. In the painting itself, however, there are no direct references to the world situation at the time. Beckmann gave it to his wife Mathilde “Quappi” Kaulbach, who kept it until her death in 1986. It was subsequently part of a Swiss collection. It wasn’t seen publicly again until the 1990s. In 1996, the Pels-Leusden gallery in Berlin sold it to a private buyer for “a sum in the region of a few million marks”.

Born in 1884, the painter is considered one of the most important artists of the 20th century, and the value of his works of art has exploded in recent decades. His painting “Hell of the Birds”, which is one of his most important anti-Nazi statements, was auctioned at Christie’s in London in 2017 for 41 million euros at the time – never before has a work of art of German Expressionism paid so much. Most recently, “Self-Portrait with Trumpet” was auctioned on the international market in 2001 for the equivalent of a good 23 million euros, and four years later “Self-Portrait with Glass Ball” for more than 17 million euros in New York. Beckmann died in New York in 1950.

Customized software solutions for business from startups to enterprise

They blow up a lot, just not the budget