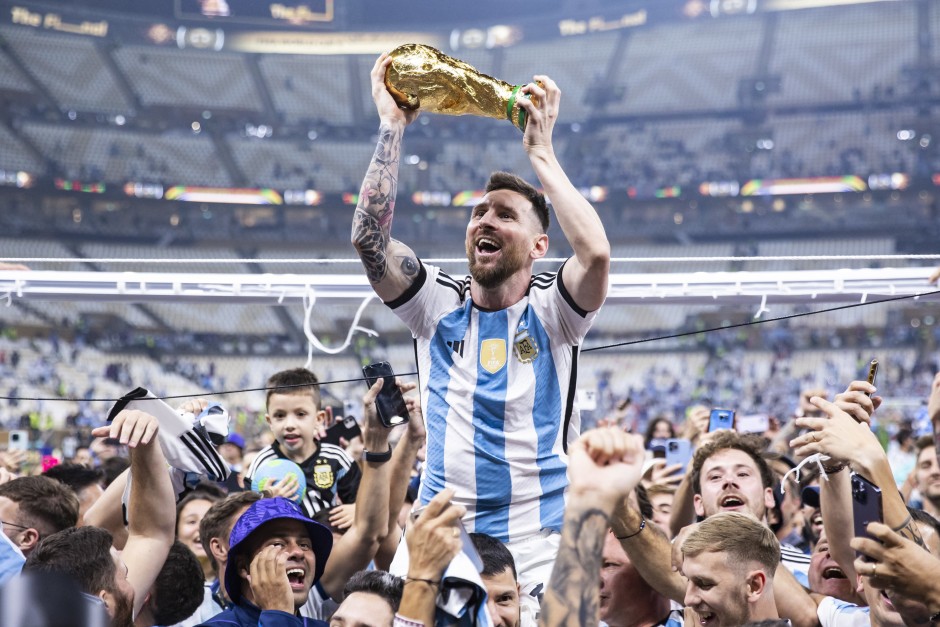 Ein man and his cup overtake an egg. This is the short version of a new record. The setting: Instagram.

In the text accompanying the picture, he thanks his family and everyone who believed in him. “We are proving once again that if we fight together and as one, we Argentines can achieve what we set out to do.”

What does all this have to do with an egg? The record for the most likes was previously held by an egg, more precisely the account with the name “world_record_egg”. His only post, dated January 4, 2019, was published specifically to trump Kylie Jenner’s previous world record. One of the uses of the egg’s awareness was a mental health campaign. In the course of Messi’s new record, the egg is now getting attention again – and now has more than 57 million likes.

Messi also took fans on Instagram after the World Cup final on his journey with the World Cup, for example on the plane back to Argentina.

After arriving in South America, the trophy was probably allowed to stay with Messi. In any case, the world champion posted a picture of himself in bed with a golden trophy.

Messi made four of the top ten most liked Instagram posts, all published during or shortly before the World Cup in Qatar. His eternal rival Ronaldo has “only” three posts at a disadvantage compared to the Argentine.

How to Plan a Great Residential Development

German vs American Cars: Which One Is Better?