On the death of film artist Jean-Marie Straub 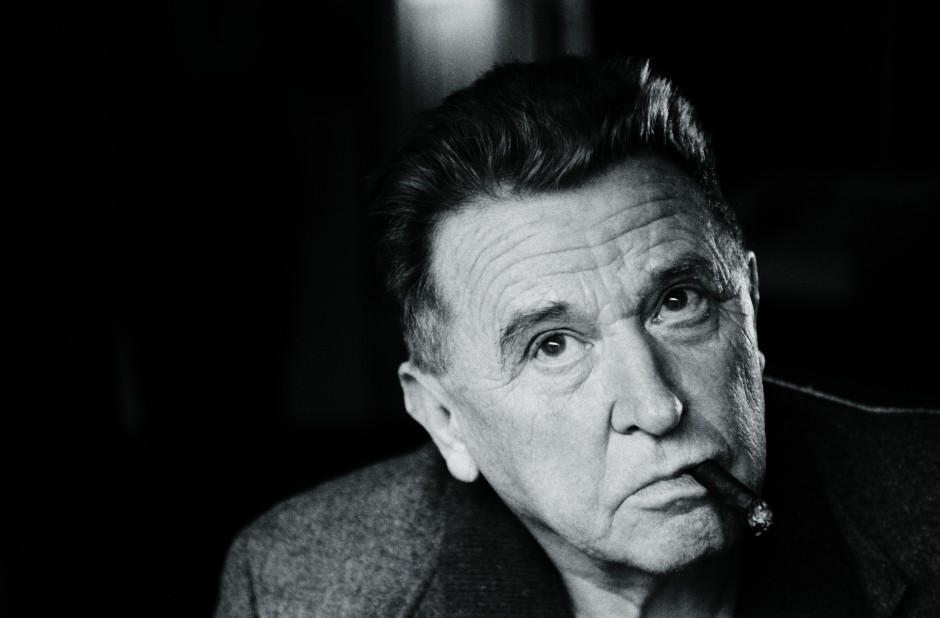 Dhe northern shore of Lake Geneva in Switzerland should be explored with a world-historical dowsing rod. Because it can’t really be a mere coincidence that the two most radical revolutionaries of European cinema left their very old lives there within a few weeks: First Jean-Luc Godard died in September – and now on Sunday Jean-Marie Straub, shortly before his 90th birthday. Birthday.

The two had little in common, one could rather see them as antipodes, but they were united in an unconditionally refused agreement with contemporary popular culture – and with the course of things in a world whose principle is blind violence. Or blindness altogether, for everything that saves. Godard, on the other hand, kept the limitlessness of his readings and collages. Straub, on the other hand, kept to the concrete. His readings form their own canon (from Kafka to Elio Vittorini, from Corneille to Hölderlin), his ideology was texts for which he tried to create a strictly material resonance space using cinematic means.

Until 2006, Jean-Marie Straub was only known in a hyphenated existence with his wife and work partner Danièle Huillet: In European cinema of the 20th century, Straub-Huillet was a mostly reverential, sometimes mockingly expressed abbreviation for a claim to artistic work that how fundamentalism might appear in the subsidized cinematographies of prosperity in France and Germany at the end of their respective economic miracles. Take the 1970 film “Othon”; the exact title is “Eyes Won’t Close Every Time Or Maybe One Day Rome Will Allow Herself to Choose”.

One must not let this title melt on one’s tongue, as would be the case with a savory reception, one must capture it as it wrests itself from the chests of actors declaiming precisely in Alexandrian meter, alluding to the Roman traffic noise. And that on the basis of a text about an episode of succession in ancient Rome, which Straub-Huillet used in a volte to make an example of oligarchic power relations, which they countered with a female figure invented by Corneille as a people. Straub-Huillet were often perceived as elitist, champions of a classical culture but which they insisted (and not Friday night’s Der Alte) should be the measure of all things, especially for ordinary people.

They developed an approach to Bach through his wife, the film “Chronik der Anna Magdalena Bach” from 1968 is at the same time something like an analysis of a musical vicarage (in which the woman must not be beaten below her worth) as well as taking sides the historical performance practice of Gustav Leonhardt, who played Bach, like Nikolaus Harnoncourt, who conducted.

A kind of Jean Gabin of left-wing cinema

Straub and Huillet worked between France (Straub came from Metz, Huillet from Paris), Germany (where they emigrated to in the 1960s, partly because of the Algerian war) and Italy, where they found a not only spiritual home in Rome for a long time a cinema that was characterized by an unbreakable resistance even long after the fascisms were overthrown in 1945. In Sicily, on the slopes of Mount Etna, they also found something like a geographic, climatic basis for their materialism, which was Marxist in character but was always based on how light hit the film emulsion and the sound caught in the microphones, who helped to give the medium of film its corporeality. In a documentary by Pedro Costa for the series “Cinéastes de notre temps” one can see very well how Straub and Huillet let their films continue to grow in a constant dialogue at the editing table, although in their cinema everything that was important had already been done, because the truth was always the moment in front of the camera.

Straub always acted like the proletarian intellectual; with a cigar and a strong drink, in his lifelong French-sounding German, he acted like a Jean Gabin of left-wing cinema. After the death of Danièle Huillet, he found a new partner in the producer Barbara Ulrich, but he signed his late short films (for example after Kafka’s “Jackals and Arabs”) alone; anything else would have been an act of infidelity to a love that found its content and form in the cinema: Straub-Huillet, died in 2006 and 2022.

‘Paradise Highway’ Review: Juliette Binoche and Newcomer Hala Finley Are On the Road and On the Run In a Solidly Crafted Thriller

Ripple : SWIFT contre-attaque – the debut of the fin for the XRP ?