When the rains came: FIRST ONSITE reflects on one-year anniversary of B.C. Floods 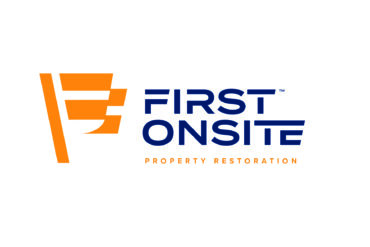 MISSISSAUGA, ON, NOVEMBER 18, 2022/insPRESS/ – One year ago, interior British Columbia residents were shocked to see pieces of their community quite literally wash away. The 2021 Pacific Northwest floods and subsequent mudslides wreaked havoc on several B.C. communities. First Onsite Property Restoration, a full-service disaster recovery and property restoration company, responded to this event last November and reflects on the one-year anniversary.

Severe rainfall caused mudslides and dislodged debris causing the closure of highways and roads as well as major evacuations. Hit hard were B.C.’s interior, Fraser Valley, and Metro Vancouver, all deluged with floodwaters. Overall, nearly 20,000 people were evacuated from their homes and communities. All of the highways connecting Vancouver to the rest of the province were closed due to washouts and landslides, isolating the communities from the rest of Canada. Places such as Hope, Merritt, and Agassiz, all suffered massive damage to critical infrastructure, resulting in large economic loss and insurance claims, which according to the latest estimates by the Insurance Bureau of Canada added up to $675 million.

The role of restoration: On the ground

Restoration crews from First Onsite Property Restoration immediately got to work, helping to secure and begin the rebuilding process. The company mobilized resources from other locations into the area – deploying crews from Metro Vancouver into the B.C. Interior to deal with widespread water damage. The First Onsite crews worked to restore properties of all types to make them safe and clean for residents and businesses to operate.

The company received in excess of 500 requests from B.C. flooded property owners to remediate and salvage their homes. Fortunately, most of those people had some kind of insurance.

“B.C. really took a hit from the climate catastrophes in 2021,” said Mandeville. “Extreme weather events are becoming more common in the province. With the wildfires, floods, and freezing events last year, it becomes clear that residents are at risk at any time.”

In the wake of the Pacific Northwest Floods, First Onsite commissioned a 2022 survey of Canadians that found regional flooding concerns to be the highest in British Columbia (82%) where several communities were ravaged by rain, rising rivers, road closures and evacuations. See table below:

Drilling down, the survey also asked about people’s flooding-related concerns. While mould stood out near the top of the list at 64 per cent, it is not a surprise the half of B.C. residents (48%) lose sleep over landslides and mudslides. In terms of evacuation due to flooding, 58 per cent of B.C. residents feared having to leave their home or community, much higher than the national number of 44 per cent.

“The unpredictability of climate and weather throughout 2021 in B.C. highlights the importance of planning and preparation to ensure homes and businesses are resilient to these shocks and better prepared for tomorrow,” said Mandeville.

First Onsite Property Restoration is one of the largest and fastest-growing emergency response planning, mitigation, and reconstruction service providers for commercial enterprises in North America. First Onsite employs over 2,300 team members and operates from more than 90 locations across Canada, the U.S., and Puerto Rico. With a culture focused on harnessing the human power of its team members and a commitment to doing what’s right, the First Onsite team helps clients restore, rebuild and rise. First Onsite is a subsidiary of FirstService Corporation. For more information, go to firstonsite.ca or follow @firstonsite on Twitter and LinkedIn.

Why this dirt bike in closed competition was considered an “automobile”

Long-term care insurance: Everything you need to know

Kate Bush Scores First U.S. Top 10 Hit, 37 Years After the Release of ‘Running Up That Hill’

Clu Gulager, ‘The Virginian’ and ‘Return of the Living Dead’ Actor, Dies at 93