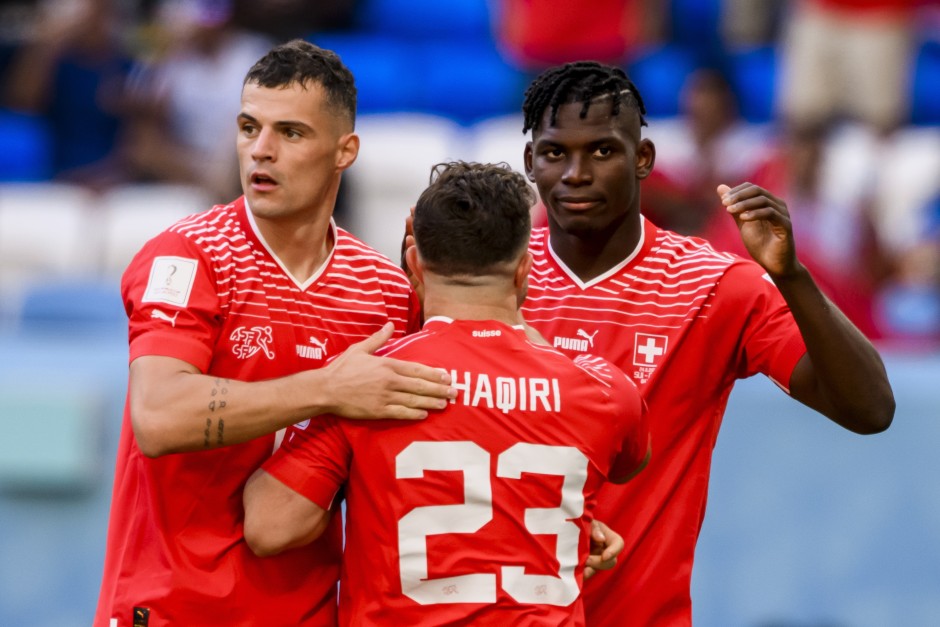 SGoal against the home country: With what is probably the most special goal of his career to date, former Bundesliga professional Breel Embolo gave Switzerland the hoped-for opening victory at the World Cup. The former Schalke and Gladbacher scored in the 1-0 (0-0) against Cameroon on Thursday in the 48th minute and thus became the match winner in a game that was tough for long stretches.

“It’s a dream,” Embolo said after the game. “I am extremely proud for myself and my family. We’re happy that we started the tournament like this, compliments to my team. And all the best for Cameroon.”

Embolo was born in Cameroon’s capital, Yaoundé. The goal celebration of the 25-year-old in front of 39,089 spectators in the Al-Dschanub Stadium was therefore reserved and almost seemed a little apologetic. After all, he describes himself as a big fan of his native country, which he once left with his mother as a child. In accordance with the striker’s nature, he had nevertheless firmly planned to score a goal. “It’s nice for us,” said goalkeeper Yann Sommer with a grin after the game, “we’re very happy that Breel is playing on our side.”

For the ambitious Swiss, who threw world champions France out of the tournament in the round of 16 last year, it was the perfect start in the demanding group G in terms of the result. Moting from FC Bayern Munich received a severe setback. The other preliminary round opponents of the two teams in Qatar are record world champions Brazil and Serbia.

The Swiss national coach Murat Yakin had confidently declared before the kick-off: “We are playing one of the best Swiss national teams that has ever existed.” After all, important professionals belong to top international clubs such as the former Gladbacher Granit Xhaka from FC Arsenal and the former Dortmunder Manchester City’s Manuel Akanji to the squad. Several key players, including Gladbach goalkeeper Yann Sommer, who got fit just in time, and former Bayern professional Xherdan Shaqiri (Chicago Fire), are now 30 years or older. For some it may be the last World Cup. They absolutely want to get further than they did twice in the last sixteen.

Yakin, who fielded five current Bundesliga professionals and, with an average age of 28 years and 238 days, the second-oldest starting XI in Swiss World Cup history, had called for “powerful, dominant football”. He was also dominant, but often not powerful. The Swiss had a lot of ball possession, but few brilliant ideas. A shot from Xhaka (12th) from the second row, which flew well over the goal – there was initially nothing more going on offensively. In addition, the Confederates’ defense seemed anything but secure.

The Cameroonians, who are now coached by their record international Rigobert Song, were waiting for counterattacks and created several good chances. But sometimes they made the wrong decision, sometimes a Swiss person stood in their way. A scene in the tenth minute was exemplary: Instead of crossing to the free-standing Choupo-Moting, Bryan Mbeumo shot himself from a tight angle. Keeper Sommer, who had been out for a long time with Gladbach due to an ankle injury, fended forward – Karl Toko Ekambi chased the follow-up shot over the bar from a promising position.

After the break, the Swiss seemed a little more determined – and promptly took the lead with their best play to date. Shaqiri served low from the right for Embolo and he executed from close range. Augsburg’s Ruben Vargas missed a good opportunity to make it 2-0 in the 66th minute when he was denied by Chelsea goalkeeper André Onana. Not much came from Cameroon.