Calculated by physicists: what neutron stars have in common with chocolates 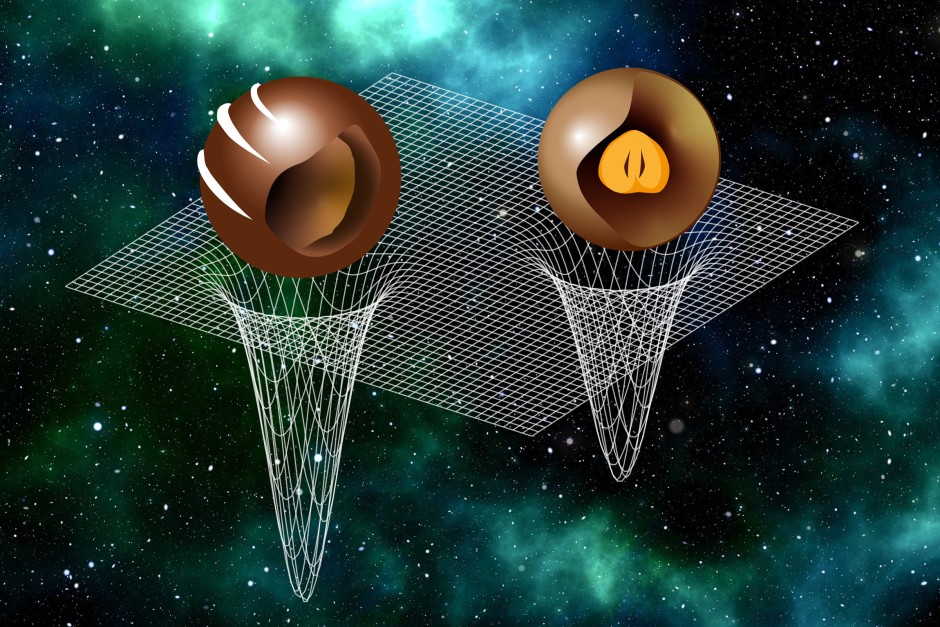 Ein Stern, which is only as big as Frankfurt – and yet as heavy as the sun. Just imagining this takes the layman to the limits of his imagination. Luciano Rezzolla and his colleagues do not limit themselves to mental games: they try to describe such a celestial body as precisely as possible mathematically. The team led by Rezzolla, Professor of Theoretical Astrophysics at Goethe University, has now apparently taken a significant step forward.

It has been known for over 60 years that neutron stars exist. They are formed when large stars burn out and collapse at the end of their lives. Their mass is extremely densely packed in an astronomically tiny space. A cubic centimeter of their matter can weigh up to a quadrillion grams and contains as many atoms as the entire Alps.

More than a million equations of state

Since no laboratory in the world can simulate such a condition, Rezzolla’s working group tried to record the structure of a neutron star with the computer. To do this, the physicists drew up more than a million equations of state, which describe the structure of such a structure from its surface to its core. Each of the equations agrees with all astrophysical measurements of neutron stars and known results from nuclear physics, as the researchers write.

The result of the calculations inspired Rezzolla – a friend of graphic comparisons – to take a metaphorical visit to the candy store: According to his words, two types of neutron stars can be distinguished, the structure of which is reminiscent of different types of sweets. “Light” stars, less than 1.7 times the mass of the Sun, have a soft outer shell and a firm core, much like a nut candy. If, on the other hand, the mass of the star is above the specified value, it resembles more of a cream-filled chocolate ball – hard on the outside, soft on the inside.

Star with a radius of only twelve kilometers

The formulas also showed that the radius of a neutron star is very likely to be independent of its mass and is only around twelve kilometers. In addition, limit values ​​for the deformability of such an object due to tidal forces can be derived from the calculations in a binary system, i.e. a constellation in which two stars orbit each other.

If two neutron stars crash into each other, the violent shock leads to deformations of space-time, so-called gravitational waves. These can now also be detected on Earth. As Rezzolla’s colleague Christian Ecker explains, the limit values ​​determined, together with future wave measurements, will help to better understand what happens in neutron star collisions.

Incidentally, other physicists in Rezzolla’s neighborhood have also taken a liking to the cosmic “chocolates”. At the Frankfurt Institute for Advanced Studies, attempts are being made to understand the structure of neutron stars using machine learning. And the Darmstadt GSI Helmholtz Center for Heavy Ion Research is involved in an EU project that aims to shed light on the role of stellar collisions in the formation of elements such as silver, gold and platinum. This means that the competence in neutron star research is distributed within a radius in the Rhine-Main area alone, which is larger than that of the research object itself.

You can find the publications here and here

What you Can Visit when you Travel to Bergen, Norway

NEAR partners with Google Cloud to support startups evolving in Web3

U.S. Doctors on the Frontlines of Hepatitis Outbreak Striking Kids