Group victory at the World Cup: An Argentine work of art 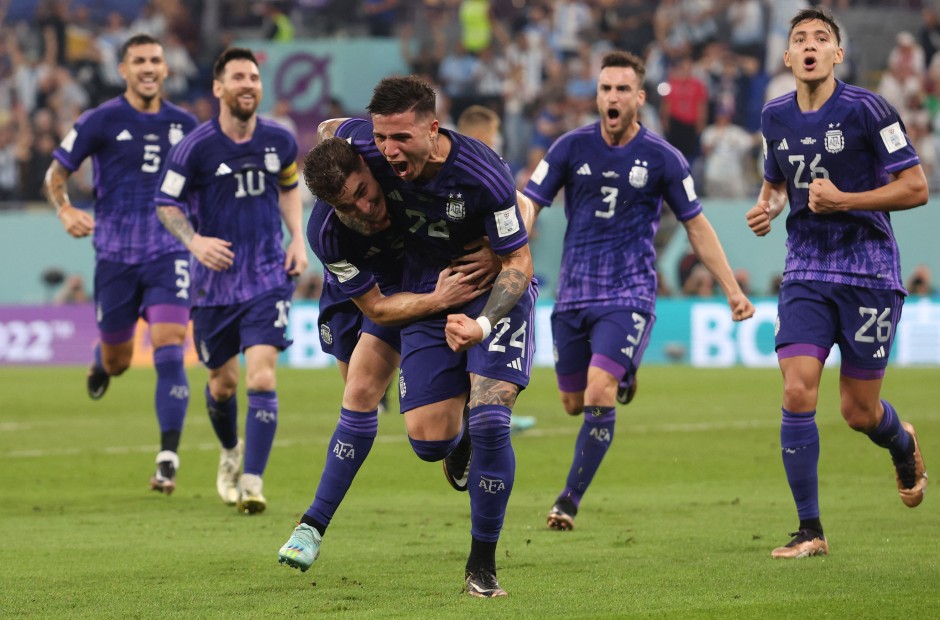 Ene number that helped determine the discourse in Argentina after the 2-0 win against Poland and the successful qualification for the round of 16 was 27. Exactly that many touches, called toques in Spanish, preceded the second goal by Julian Alvarez. “A work of art”, wrote the sports newspaper “Ole” enthusiastically and listed all those who had contributed to it. Namely they were: Nico Tagliafico, Leandro Paredes, Nico Otamendi, Enzo Fernández, Lionel Messi, Rodrigo De Paul, Nahuel Molina and Alexis Mac Allister. Only Cristian Romero and goalkeeper Emiliano Martínez could not claim participation. So it might be.

The joy about the history of the origin of the gate did not come about by chance. The achievement was interpreted as an expression of a development that is more than necessary if Argentina wants to realize its great wish of a third world title in Qatar. While the team had mainly relied on the class of their captain Lionel Messi in their nervousness during the sportingly vital victory against Mexico (2-0), it was now a joint effort that brought success. “We played it very calmly, very calmly,” said coach Lionel Scaloni, meaning not just this scene but the entire game.

Scaloni had rebuilt and significantly rejuvenated his team despite the victory against Mexico. Enzo Fernandez, who was seven years younger, started for the 28-year-old Guido Rodriguez, and the later goalscorer Alvarez was allowed to start in attack instead of the three years older and much more established Lautaro Martinez from Inter Milan. The signal Scaloni sent was a strong one. The younger ones didn’t just travel to Qatar as staffage, they are just as much part of the team and important as those who have been regularly called up for selection for many years.

Not Messi, not Martinez, not even Angel di Maria were the protagonists of this victory, but Alvarez and Alexis Mac Allister, also 23 years young. He only played his tenth international match against Poland. He was only taken to Qatar because Giovani Lo Celso was injured.

The younger Argentina looked like an improvement on the previous version in every respect. Playful, fresh and agile, with a healthy balance between risk and safety. The team had never played better in this tournament, for the first time not only the result was right, but also the way it came about was convincing. The only flaw was the blatant exploitation of chances against an opponent who completely disappointed. Argentina could have, or should have, scored five or six goals. From Argentina’s point of view it was just an annoying side issue, but Poland stayed in the tournament due to their opponent’s negligence. Two more goals and Mexico would have reached the round of 16 instead of Poland.

The most promising failure was Messi, who missed a penalty. A highly controversial one. Poland goalkeeper Wojciech Szczesny revealed after the game that he had bet with Messi whether the penalty he lightly touched Messi before would be awarded. Szczesny was sure not – and lost. It should have been about a hundred euros. However, the goalkeeper ruled out a payment. “He’s had enough,” Szczesny said of Messi. “I don’t know if that’s even allowed at a World Cup. I’ll be banned afterwards,” he feared.

The goalkeeper from Juventus Turin was able to successfully fend off the penalty as he did against Saudi Arabia. At that point it was still 0-0, psychologically a highly inopportune moment from the Argentinian point of view. “The team came out stronger,” said Messi. He sounded satisfied, despite his own miss. He also liked the realization that he was no longer solely responsible for everything.