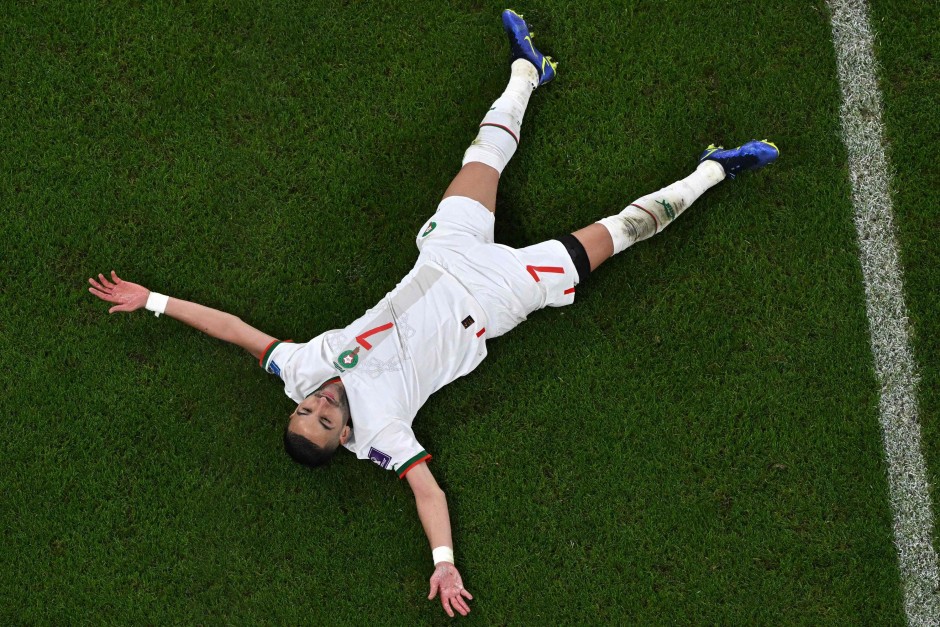 WWalid Regragui doesn’t come across as a particularly melancholy man, but in the moment of triumph, the Moroccan coach’s thoughts sent him back to a bleak past. “Our hearts have been broken so many times,” said the French-born Moroccan when asked about his first thoughts after reaching the round of 16 at this World Cup. “We were always last in the group and we bit our nails again and again.”

At this World Cup, the North African nation is finally playing with a team that is capable of “achieving great things”, and when someone asked whether the World Cup title is even possible, he replied: “Why shouldn’t we dream of it?” to lift this trophy?”

The journalists applauded gratefully, a small football nation swims in happiness. It’s stories like this that give a World Cup its magic. After a 2-1 win against Canada, Morocco is first in World Cup Group F and is not only in the round of the top 16 nations in a World Cup for the second time in 36 years, their opponent there is also second in the Group E with Spain, due to the geographical proximity this should be a particularly heated duel.

The Moroccan plan behind this success against Canada sounded amazingly simple: “We tried to copy the Europeans and the South Americans and combine that with our own values,” explained Regragui.

It worked really well, especially in the first half hour. The Africans were more alert, quicker, more technical and took an early lead when Hakim Ziyech capitalized on a chain of errors by the Canadians. The Chelsea winger had little trouble finding the goal from 30 meters that Canada goalkeeper Milan Borjan had previously missed. “It was a mental and emotional shock and added to the crowd’s power,” said Canada coach John Herdman.

In the first half hour, the already eliminated Canadians looked almost listless, as if they could hardly wait to leave this tournament and start their journey home. Accordingly, they defended weakly before the 2-0, when Youssef En-Nesry had little trouble winning a running duel against Vitoria and Miller, who were actually better placed. Goalkeeper Borjan was again in a bad position, En-Nesry scored a shot in the short corner of the goal to make it 2-0 (23rd).

With this seemingly secure lead behind them, however, the Moroccans began to get more and more agitated, so that Canadian Sam Adekugbe suddenly had a lot of space on the left attacking side and Morocco’s Nayef Aguerd deflected a cross pass into the penalty area into his own goal (40th), followed by a strange second half followed. The game became a defensive battle for Morocco, only Canada to attack and were unlucky when Atiba Hutchinson’s header bounced off the bottom of the bar and onto the goal line instead of the net (78′). Up to the last minute, Morocco had to fight fiercely for that narrow lead, and Regragui thought it was great: “I loved that second half because that’s the spirit I’m looking for,” he said.

The Moroccans had done their part in replaying the 1986 round of 16 against Germany and won the ‘group of death’ that Regragui had spoken of before the tournament. At that time, the DFB-Elf won 1-0 with a very late goal from Lothar Matthäus. For Franz Beckenbauer’s team that was just one hurdle on the way to the final, for the Moroccans, on the other hand, just taking part in the knockout round was the greatest success in their World Cup history at the time.

Now they are there again, with a team that can be very uncomfortable for the round of 16 opponents. A better full-back duo than Hakimi (Paris St. Germain) and Noussair Mazraoui (FC Bayern) is a challenge to be found in this tournament and the energy that the Africans’ success releases can also become a dangerous factor.