Zelenskyy: “Russia will not break us” 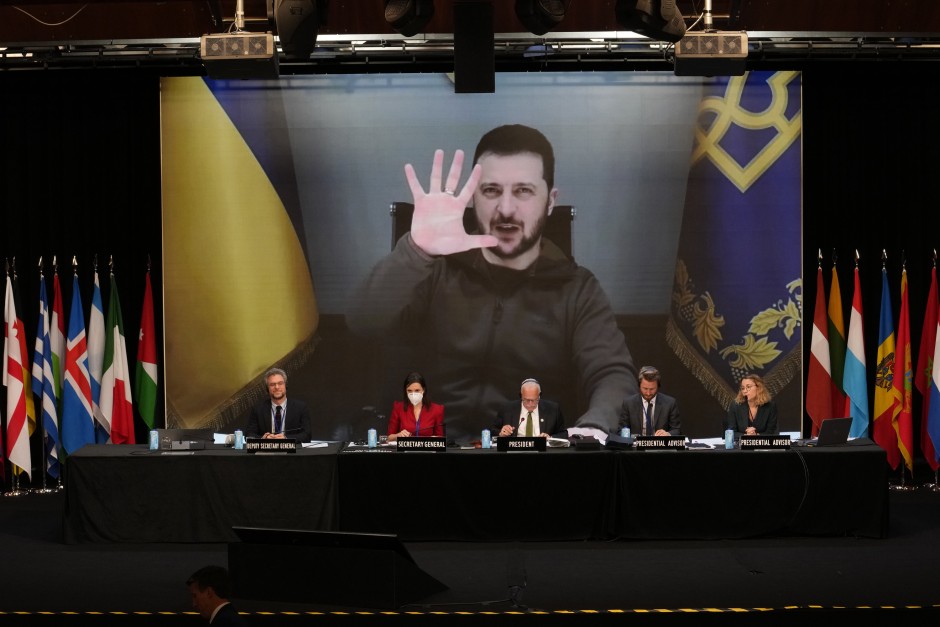 AFaced with the cold and darkness in Ukrainian cities as a result of the massive blackouts, President Volodymyr Zelenskyy invoked his people’s spirit of resistance against the Russian invasion. “We endured a full-scale war for nine months, and Russia didn’t find a way to break us. And it won’t find anyone,” said Zelenskyy in his evening video address on Thursday. “We must carry on as we are right now, in unity and mutual aid.” Russia invaded the neighboring country on February 24.

The restoration of power and water supplies after Wednesday’s heavy rocket attack lasted throughout Thursday and into Friday night. “Russia not only wants the Ukrainians to be without electricity and heat,” Zelenskyy said in Kyiv. “The terrorists want to isolate us from each other and make sure we don’t feel each other.” Russian shelling in the city of Cherson in southern Ukraine killed 7 and wounded around 20, regional authorities said. Friday marks the 275th day of Ukraine’s defense against invasion.

Although many Ukrainian households were still without electricity, water or heating, the authorities reported progress in restoring the supply. The power grid is recovering from the blackout on Wednesday. The network operator Ukrenerho announced on Thursday evening that half of the demand could be covered again.

The situation in the capital Kyiv remained tense. According to the utility DTEK, only 30 percent of households there had electricity. The light can initially only be switched on for two or three hours.

“As of tonight, there are still water problems in 15 regions,” said Zelenskyy. The attacks on civilian targets are “the revenge of those who lost,” he said. “They don’t know how to fight. The only thing they can do is terrorize. Whether energy terrorism, artillery terrorism or rocket terrorism – Russia has come down to that under its current leadership.” Only the liberation of the entire country and security guarantees could permanently protect the Ukrainians from Russia.

Liberated city of Cherson is shelled

The situation report of the Ukrainian general staff on Thursday spoke of ongoing heavy fighting in the Donbass in eastern Ukraine. Russian troops continued to attempt a breakthrough at Bakhmut and at Avdiivka.

Proxy Solutions – A look at PYPROXY and how it works

Starting an eCommerce Business – How to Determine Your Niche